Tipperary have named Jason Forde in their side to face Galway in Sunday's Allianz Hurling League final at the Gaelic Grounds.

Forde was involved in an altercation with Davy Fitzgerald after the Wexford boss encroached on to the pitch during last week’s semi-final success and the Silvermines clubman was subsequently hit with a two-match ban.

Tipperary are set to challenge the suspension and will present their case to the Central Hearings Committee, but run the risk of losing Forde for their two opening games in the championship if their appeal is rejected.

Meanwhile, John O'Dwyer will slot in for the injured Seamus Callanan at full-forward, while Niall O'Meara has been replaced by Michael Breen.

Galway have also made two changes to the line-up which started in their win over Limerick last Sunday.

Full-back Paul Killeen and right corner-forwardJason Flynn, who came off the bench in the victory at the Gaelic Grounds, will feature from throw-in in the hurling decider.

John Hanbury and Padraig Brehony are the players to miss out on starting spots in Micheal Donoghue’s team. 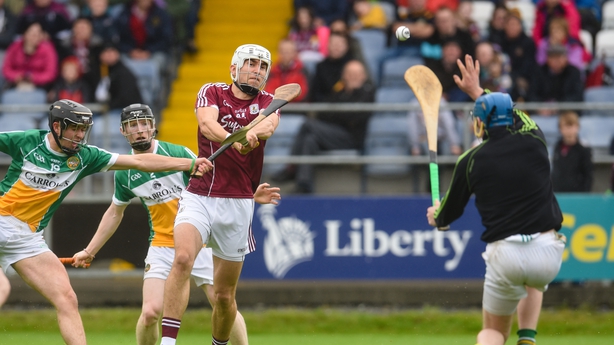 The Kerry team to play Meath in their opening Leinster championship round-robin clash shows five changes that lost narrowly to Laois in the Allianz League Div 1B relegation play-off.

John Buckley reverts to wing back in place of the injured Daniel Collins, with Tommy Casey taking over Buckley’s place in midfield.

Up front Mikey Boyle and Keith Carmody come in for Michael O’Leary and Jack Goulding respectively.