Cork and Derry have qualified to face off in the Littlewoods Ireland Camogie League Division 2 final, with Dublin and Roscommon making it through to the Division 3 decider.

Both finals are scheduled for April 30.

Derry last won the Division 2 title in 2012 but they struggled at the highest level in both League and Championship.

Now returned to Division 2, they have shown clearly that they will be contenders for silverware all season.

Karen Kielt was instrumental as Derry earned an early shot at a return to the winner’s enclosure thanks to a hard-fought 1-11 to 0-11 victory over Kildare at the magnificent Inniskeen Grattans GAA grounds.

Kildare started strongly and led by 0-3 to 0-1 after nine minutes but Derry drew level and it was nip and tuck from there to the interval, when the sides went into the dressing rooms on 0-6 apiece.

Melissa Lyons and Emer McGuigan exchanged points on two occasions early in the second half before Emer Reilly shot the Lilies ahead in the 39th minute.

That lead was momentary however as Derry worked the sliotar up the field from the puckout and Áine McAllister set up Mary Hegarty for a crucial goal.

Siobhán Hurley displayed her big-time calibre with two points to bring the teams level but Kielt proved the match winner, firing points from play either side of a close-in free to finally see off Kildare. 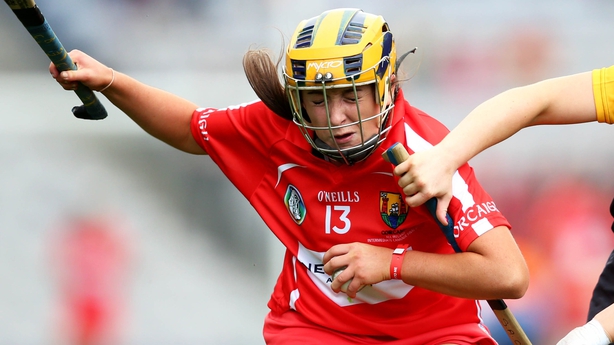 Cork will be the opposition for Derry after providing a scoring exhibition in dispensing with Carlow by 0-18 to 1-7 at Carriganore.

It says much for the Rebels that in clocking up such a tally, they had six individual scorers with all bar Finola Neville being multiple scorers.

Rachel O’Shea was top of the tree with six points but Katelyn Hickey (four) and Linda Collins (three) were significant contributors too.

Carlow were reliant on Eleanor Treacy, who registered five points, though minor player Rachel Sawyer did help herself to a brace and Michele Nolan plundered the goal.

Dublin produced a consummate team performance as they accounted for Clare by 1-12 to 0-6 at The Ragg.

Clare could not really threaten the Dublin defence though, with Nikki Kaiser’s two points their highest tally.

On Saturday, Roscommon got the better of Kerry in a very hard-fought encounter in Gort in which the defensive strategies certainly prevailed over whatever attacking plans were devised.

Roscommon held sway marginally at the break by 0-4 to 0-2.

The second half was even more difficult for forwards but it was the Rossies that prevailed, getting the better of a side that had beaten them in the group by eight points the previous month.

In the context of the game, that was a considerable and significant contribution and ensured that Roscommon have a chance to make amends for last year’s final loss to Armagh and achieve the long-awaited for first League title.