Ryan McHugh will miss Donegal's clash with Mayo this Sunday in Castlebar due to an ankle injury, and is unlikely to recover in time for the final should Rory Gallagher's men make it.

The All Star defender suffered tendon damage in the Allianz Football League Division 1 draw with Monaghan.

A scan revealed the extent of the injury and McHugh will be forced to watch from the sidelines as Donegal hunt the victory that would guarantee them a place in the decider.

They're currently second in the table, a point behind All-Ireland champions Dublin and ahead of Monaghan, in third, on points difference.

The Dubs travel to Clones in their final game this Sunday.

Donegal begin their championship with an Ulster SFC quarter-final clash against Antrim on 21 May. 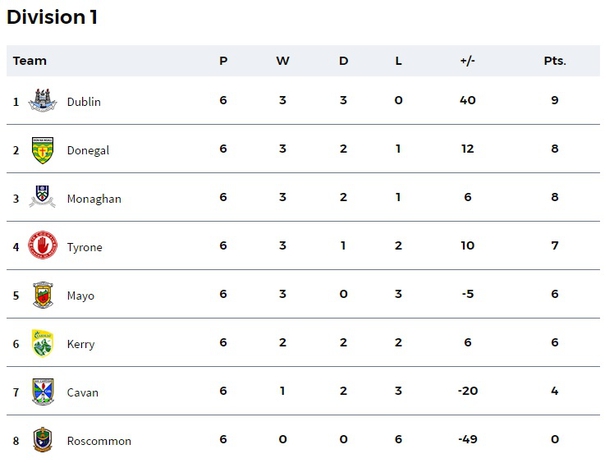