The GAA has confirmed that there will be no change to the Allianz Hurling League until at least 2019, despite recent criticism regarding the quarter-finals structure.

Eyebrows have been raised at a system that allowed Offaly to sneak into the Allianz Hurling League Division 1 quarter-finals, where they will face Division 1 table toppers and reigning All-Ireland champions Tipperary.

The Faithful County edged past the Kingdom and with other results going their way, they squeezed into the play-offs despite having lost all their previous four games and having a scoring difference of -39.

The top four teams in both Division 1A and 1B go into the play-offs, and first in 1A plays fourth in 1B, with Tipperary travelling to Tullamore on Sunday.

The GAA's director of games administration Feargal McGill however has confirmed to RTÉ Sport that prior notice would have to have been given for there to have been any possibility of a change.

Central Council established two years ago that there would be no change for at least three years, and McGill reiterated that the GAA isn't expecting anything to change in that regard.

Speaking to RTÉ Sport, Anthony Daly says a “system isn’t right” that can allow a struggling side like Offaly now take on the reigning All-Ireland champions.

“It can’t be right that the fourth team, winning one game just to get out of trouble and avoid the relegation final to go down to Division 2A, is in the quarter-finals," he said.

"They could be in for a right trimming"

“Luckily for them it’s in Tullamore and they might be able to tie it down a bit, but if Tipperary get into their stride, coming off the bit of the disappointment of a defeat to Cork, they could be in for a right trimming. I don’t think it does any good for anybody.” 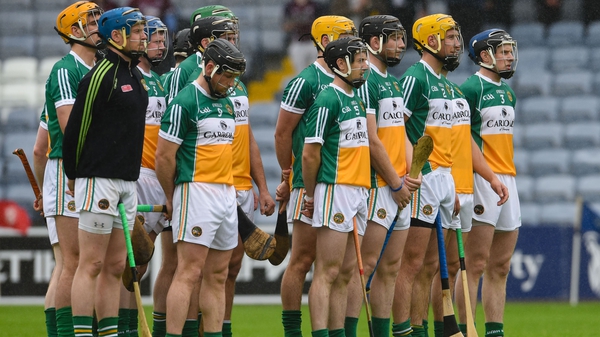