Cora Staunton was the match-winner on her first appearance at Croke Park since 2008 as Mayo saw off Dublin to pick up their second win of the Lidl Ladies National Football League Division 1 campaign.

Staunton posted 1-6 in a fine display and her injury-time winning score was a thing of a beauty - a free from 45m curled over from the outside of her right boot.

It was Dublin's first contest at the venue since their heartbreaking All-Ireland final defeat to Cork last September, but they fell to a third loss of the campaign despite an impressive tally of 1-7 from Sinead Aherne.

In what was the first ever Ladies National Football League match at headquarters, Mayo trailed by two at half-time but posted 1-4 during a devastating ten-minute spell midway through the second-half. 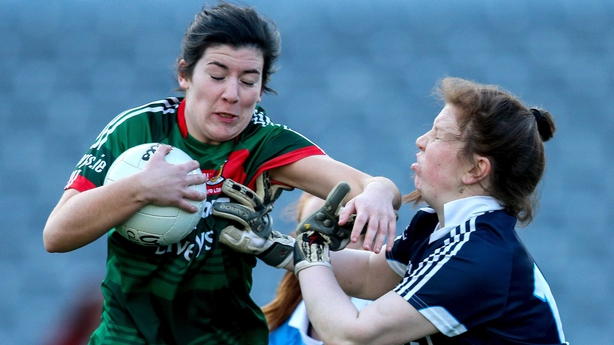 A spirited fightback by the home side was spearheaded by Aherne, but it wasn't quite enough to earn a share of the spoils.

In a low-scoring first-half, both sides relied heavily on the free-taking exploits of Staunton and Aherne.

Dublin led by 0-5 to 0-3 at the interval, with just three scores arriving from open play in a defensive opening period.

The game opened up after the restart and a score each from Sarah Rowe, Grace Kelly and Staunton sent Mayo into the lead for the first time since the third minute.

Dublin responded with points from Lyndsey Davey and Aherne to retake the lead, 0-7 to 0-6, in the 38th minute.

Moments later Staunton struck for the game's crucial score. Her goal bound effort from a 14m free was stopped on the line, but the Carnacon star smashed home the rebound. 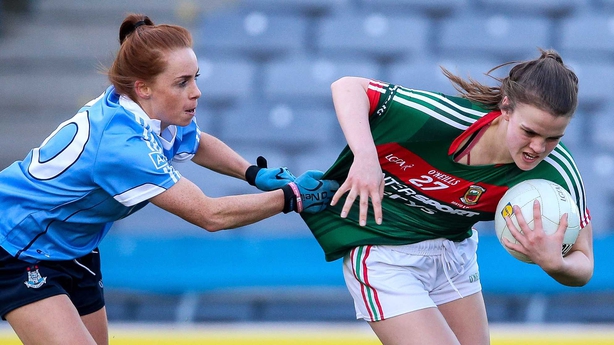 Mayo reeled off four points on the bounce to lead by 1-10 to 0-7 after 52 minutes, and it appeared Dublin's race was run. But the home side rallied down the stretch and Aherne's goal on 57 minutes gave Mick Bohan's team life.

Hannah O'Neill fired over from close-range to bring the Dubs level, before Mayo lost Fiona Doherty to a red card for an elbow.

With the game looking destined to finish in a draw, there was just about enough time for Staunton to land the free to secure all three points.