Many questions are still to answer regarding promotion and relegation in all divisions and which teams will make the quarter-finals in the top tier, writes James McMahon. 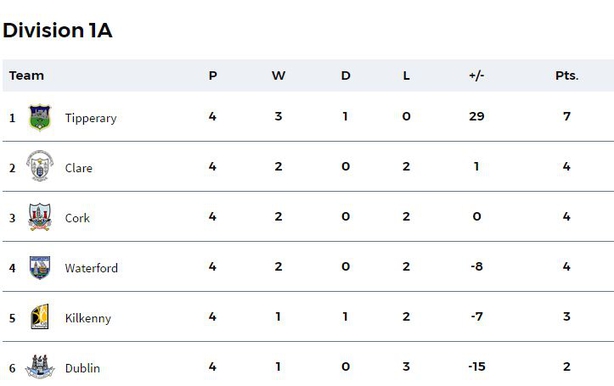 Tipperary lead the way heading into the last round of games and can't be caught at the top of the table. They will face either Kerry, Laois or Offaly in the Division 1 quarter-final.

Even though Tipp's need for points is not essential at this juncture, Michael Ryan's side will be keen to maintain their winning run against Cork at Páirc Uí Rinn. 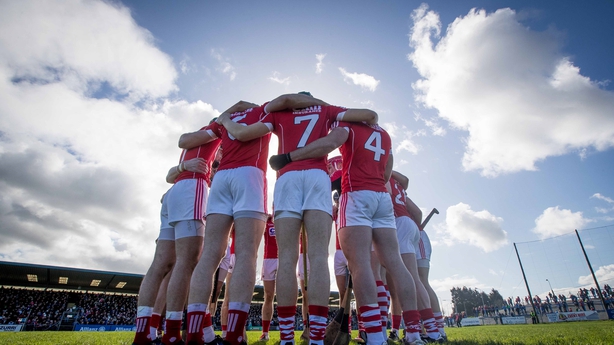 If the Rebels can stay in the top four, it would be taken as a positive for Kieran Kingston and his management team as they build towards a Munster quarter-final meeting with the All-Ireland champions in just under two months.

Quite simply, Cork will reach the quarters if they win, though a draw or a defeat could still see them progress.

Clare and Waterford, Division 1 finalists in 2016, are both on four points and meet in Ennis. The winner will make the knockout stage, though a draw might be enough to get both through.

Dublin, who are propping the top tier up on two points, could still make the quarters if results go their way.

Kilkenny are the visitors to Parnell Park and know that they must win to avoid a relegation play-off, as was the case for them in 2015.

No matter how you cut it, one of those two sides will be contesting the play-off. If Dublin win by a small margin it could even be against each other. 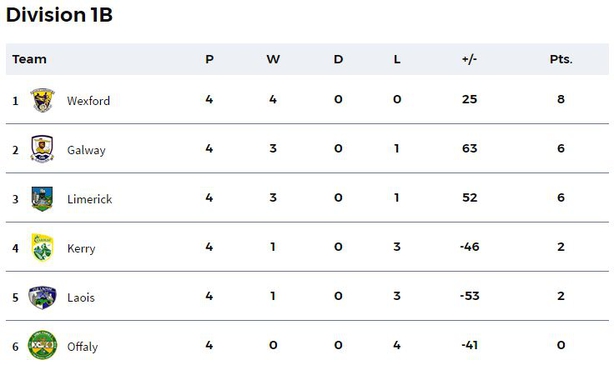 Wexford gained promotion after their win over Offaly a fortnight ago. Joining them in the last eight will be Limerick and Galway. The latter pair meet at the Gaelic Grounds to decide who finishes second in the group.

Kerry, Laois and Offaly are still in contention for a quarter-final place - yet two of them will be in a relegation play-off.

A win for the Kingdom (2pts) over Offaly (0pts) will see Fintan O'Connor's men book a date with Tipperary on the 2 April. 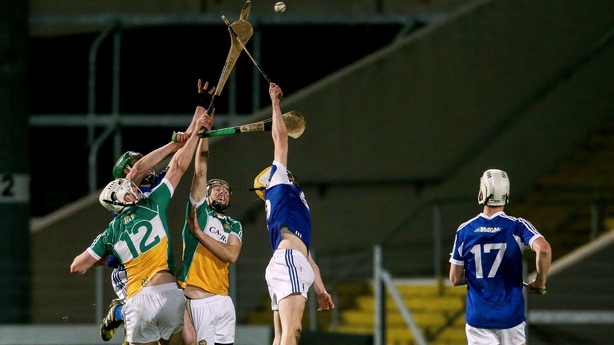 The Faithful will advance if they beat Kerry and Wexford account for Laois.

If Laois (2pts) can upset Wexford and Kerry lose or draw to Offaly, then the O'Moore County will progress.

The loser of the play-off here will get another chance against the 2A champions. 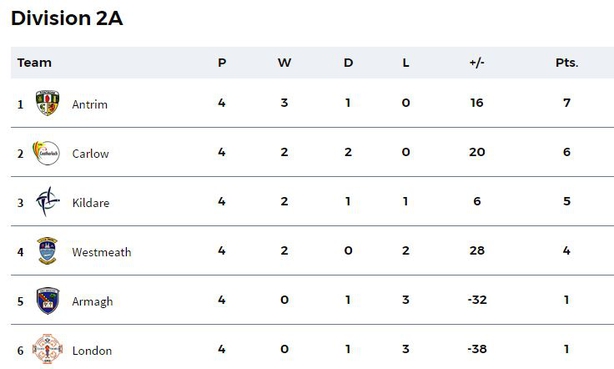 A draw for Antrim (7 pts) against Westmeath (4pts) would be enough to earn the Saffrons a place in the final - even a loss could see them progress.

Carlow (6pts) will clinch a place in the final if they beat Armagh but if they lose and Kildare (5pts) beat London, the Lilywhites will reach the decider.

London currently prop up the table and if they can't improve on that situation, they will be relegated. 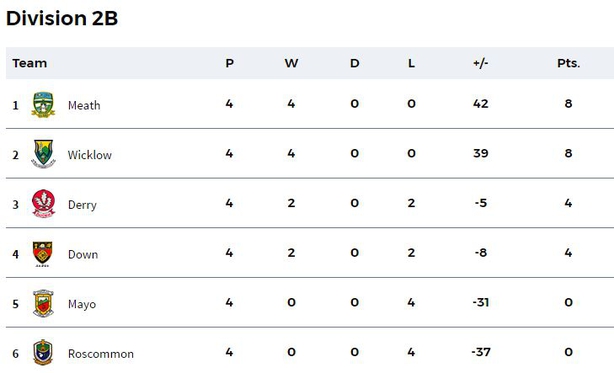 Meath and Wicklow's game in Trim will be a dress rehearsal for the Divisional final a week on Sunday.

Roscommon and Mayo will battle for league points this weekend before they meet again in the relegation play-off.

Tyrone's win over Donegal on Wednesday means that it's a three-way battle for the two final berths.

The meeting of Monaghan and the Red Hand in Clones should be a gripping affair, with the latter needing to get something from the game if they are to progress.

Donegal will be fancied to the points on offer against Louth who prop up the table on no points, but will not face relegation this year. 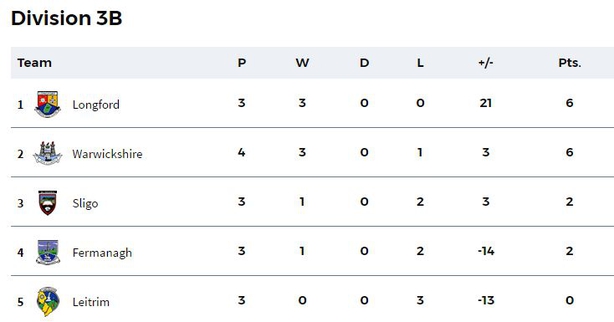 Longford travel to Markievicz Park to take on Sligo and will use the game to warm up for their final date with Warwickshire.

ONLINE
Live blogs on RTÉ.ie and the RTÉ News Now App from 1330 on Sunday.

TV
Deferred coverage of Clare v Waterford on TG4 from 1645.  Highlights of the day's action on Allianz League Sunday on RTÉ2 from 2130.

RADIO
Live reports on all of the day's key games on Sunday Sport on RTÉ Radio 1 from 1400.