Colm Cooper kicked 1-02 at Croke Park and capped an incredible career with an All-Ireland SFC club winners' medal, the one significant piece of silverware that had eluded the veteran Kerry star.

Cooper, 33, slammed a crucial 20th-minute goal that ultimately separated the sides in a gutsy encounter as Slaughtneil came up agonisingly short at this stage for the second time in three seasons.

The south-Derry men and Ulster champions were forced to play the entire second-half with 14 men after goalscorer Padraig Cassidy's red card dismissal in first-half injury-time.

A hugely experienced Crokes side made Slaughtneil pay with a controlled performance, securing a two-point win and a title that had eluded them for 25 years. 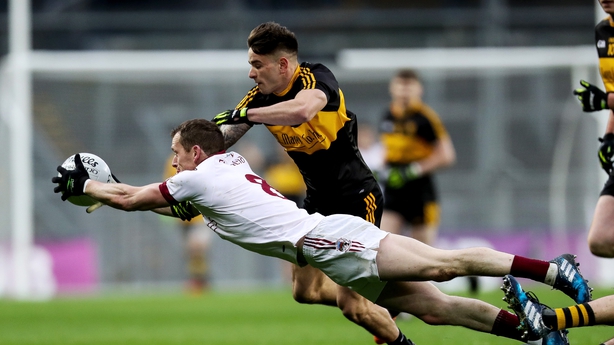 Slaughtneil lost out to Corofin of Galway by 10 points in the 2015 decider though it subsequently emerged that key players were carrying injuries.

Christopher Bradley was one of those carrying a knock at the time and his return to GAA headquarters began with two points inside the first 20 minutes.

Slaughtneil were clinical in this period and turned much of their possession into scores.

They led 1-04 to 0-03 and Cassidy's 14th minute goal summed up all that's good about their talented team.

Full-back Brendan Rodgers beat Cooper to a ball deep in Slaughtneil's defence and started a flowing move that ended with Cormac O'Doherty laying off to the onrushing Cassidy who sidestepped the 'keeper for a brilliant goal.

Crokes hit the target in the 20th minute when Cooper netted after a lung bursting run through the centre from Casey. 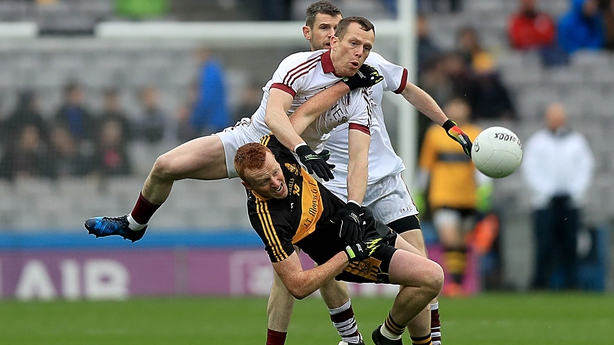 Cooper was clever in the buildup to the goal, drawing Rodgers out to create a path for Casey to run into though Casey eventually challenged for the ball, allowing Casey to punch to an unmarked 'Gooch' who buried.

Crokes finished the half strong with back to back points from Looney to lead 1-06 to 1-05 at the break. They were further boosted by the moment of madness from goalscorer Cassidy who struck out at Kieran O'Leary in injury-time and was red carded.

Crokes had the cleverness to turn the second-half into a game of chess and with the extra man they outscored Slaughtneil by 0-03 to 0-02 in this crucial period.

Casey, Michael Burns and Cooper scored the points while Slaughtneil were held scoreless from open play in the second-half to come up just short in their bid for All-Ireland success following the club hurlers' semi-final defeat.

Subs: B Cassidy for O'Doherty, R Bradley for McGrath, B McGuigan for Feeney, G Bradley for Se McGuigan,