Cuala are the first ever Dublin side to be crowned AIB All-Ireland club hurling champions after clinching the Tommy Moore Cup with a Croke Park performance to remember.

The Dalkey outfit delivered on their favourites tag with a commanding display that included goals from county man Colm Cronin and Jake Malone.

All of their big guns fired on a memorable afternoon with Kerry man and Dublin midfielder Darragh O'Connell hitting three points and scooping the Man of the Match award.

'This team had this dream for a long time' - Oisin Gough reflects on Cuala's day of glory #RTEgaa pic.twitter.com/G0lPHsN5ur

Dublin free-taker David Treacy was excellent too and top scored with nine points while AIB Leinster club Player of the Year Con O'Callaghan contributed 0-02 and was a creative spark throughout.

It was a day to forget for Clare star Tony Kelly and his Ballyea colleagues who never got to grips with Cuala's greater pace, power and sheer appetite for destruction in wet and windy conditions.

Kelly spoke in the build up of it being four years since he last appeared at Croke Park, while on All-Ireland final replay duty with Clare in 2013.

His return to GAA headquarters couldn't have gone much worse with the first-half in particular passing by one of the players of his generation.

Kelly's difficulties began after seven minutes when he hit the post with a point attempt and he blasted a wide soon after.

Cuala positioned wing-back John Sheanon at midfield to mark Kelly and the ploy paid off with Kelly eventually slapping across the body of Sean Treacy in frustration for a 27th minute booking.

Cuala, perhaps sensing that Kelly's brain was scrambled, shifted Malone onto the former All-Star for the closing minutes of the half and he remained there for the rest of the game, pinching a late goal.

Fergal Horgan's short whistle couldn't have come too soon for Ballyea who trailed Cuala by 1-07 to 0-04 at the break. 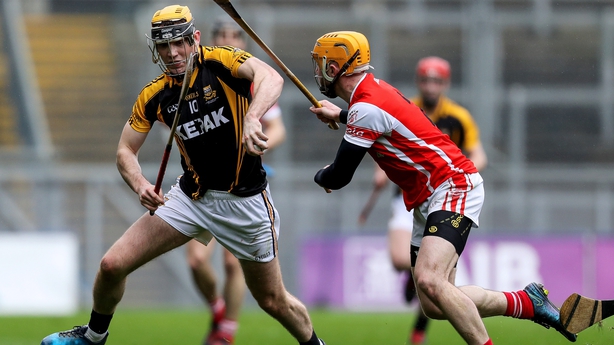 Cuala, in contrast, played to their attacking strengths and led from the ninth minute, when David Treacy scored his second point, all the way until full-time.

Cronin's 15th minute goal put them 1-02 to 0-01 up and was well taken after O'Callaghan's knockdown of Sheanon's high ball in.

Dublin senior and U-21 footballer O'Callaghan, younger brother of full-back Cian, timed his runs cleverly from the full-forward position and consistently troubled Ballyea, hitting the bar with a 23rd minute attempt.

He finally got on the scoresheet in first-half injury-time as Cuala closed out the period with four points in a row.

A clear turning point arrived two minutes into the second-half when Lillis was through on goal for Ballyea but released a weak shot that was saved when a goal seemed a certainty.

A green flag would have cut the gap to three at that stage and Cuala responded with three points themselves, from Treacy and Con O'Callaghan, to open up a commanding 1-10 to 0-04 lead.

Ballyea's best period of the game came between the 37th and 51st minutes when they outscored Cuala by 1-06 to 0-04, including a 51st minute Deasy goal, to cut the gap to just four points.

But Cuala's second goal from Malone in the 54th minute, after being released by Con O'Callaghan, set the seal on a famous win for the south Dubliners.

Sub Colum Sheanon glossed the scoreline with back to back injury-time points.