Home perseverance eventually paid off as Clare finished strongly to take two crucial league points in what was a dogged encounter in Ennis.

In front of an attendance of 4,370, the Banner County used the conditions to recover from a five-point deficit and hit nine of the last 11 points to maintain their perfect home record in this year’s campaign.

Having led for 40 minutes of the game, thanks in the main to Ryan O’Dwyer’s opportunist goal at the turn of the second quarter, Dublin initially appeared capable of withstanding a strong Clare second-half fightback.

However, despite ten wides after the break, the hosts finally turned the tide. Substitutes Jason McCarthy, Aaron Cunningham and Ian Galvin - in his second scoring cameo of the game - all fired decisive late points to snatch the win.

Galvin had followed on from his three-point haul against Tipperary last time out to add another brace in his first start before being surprisingly called ashore after only 25 minutes. 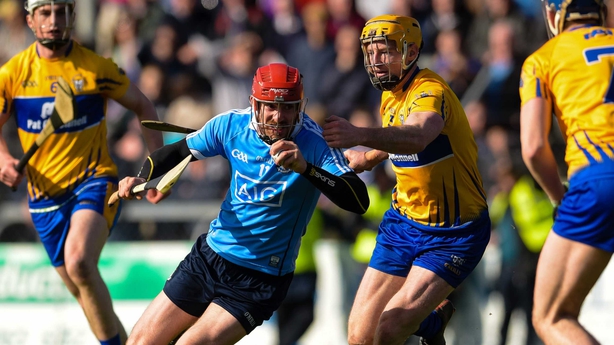 Further points from Donal Burke, Niall McMorrow, substitute Chris Bennett and the impressive Ben Quinn had strengthened Dublin’s cushion to five by the break at 1-10 to 0-08.

However, despite initially resisting Clare’s wind-assisted resurgence on the restart to hold a 1-13 to 0-11 lead by the 44th minute, Dublin were eventually forced to succumb to a determined home side.

Clare, inspired by Seadna Morey, outscored the visitors by 0-09 to 0-02 over the final 25 minutes to steer clear of immediate relegation danger.

Dublin now need a big win over Kilkenny to avoid the play-off.