Cillian O’Connor fired a penalty early in the second half as Mayo swept past Roscommon to a 1-19 to 0-14 victory at MacHale Park.

Despite a bright start, Mayo devoured their neighbours before the interval as eight unanswered points from the home side saw them into a comfortable lead.

In the end Mayo had 12 different scorers as they claimed a second Division 1 win of the campaign, while Roscommon will hope for better result against Kerry next weekend as they search for their first point of the competition.

At times Mayo looked like a really slick outfit. Some of the points they kicked in their pomp before the break came after some excellent movement, while they were often patient in possession and waited for the best chance to present itself.

At the back they were breached on a few occasions though and just before half-time Roscommon had three excellent goal scoring opportunities, but all three went unclaimed thanks to last gasp interventions. 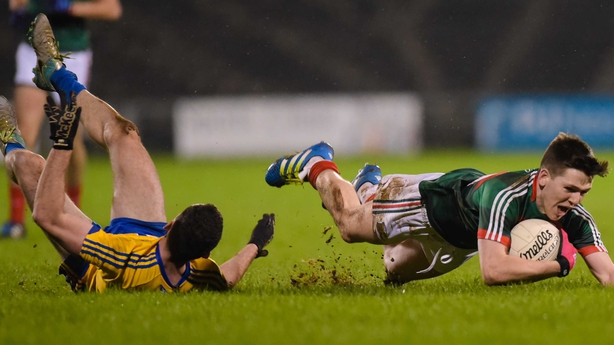 The fact that Roscommon weren’t awarded a scoreable free throughout is testament to the Mayo defensive discipline, so perhaps on the biggest occasion they might be more ruthless in snuffing out those goal chances.

As well as their good scoring tally, Mayo kicked 15 wides, but Rochford will be delighted with the impact that his bench made, with Lee Keegan, Brendan Harrison and Conor Loftus all contributing two points each as they helped their side over the finish line.

Roscommon were bright early on and they led 0-3 to 0-1 after eight minutes, but from that point their challenge fell of the cliff. Mayo picked up their effort after three poor wides, and a couple of points from play from Cillain O’Connor started them on a run of eight without reply.

Roscommon did tag on a couple of more points from Donie and Enda Smith before half-time, but as both teams lost players to black cards – Colm Boyle and Shane Killoran – Mayo were good value for their 0-11 to 0-5 lead at half-time. 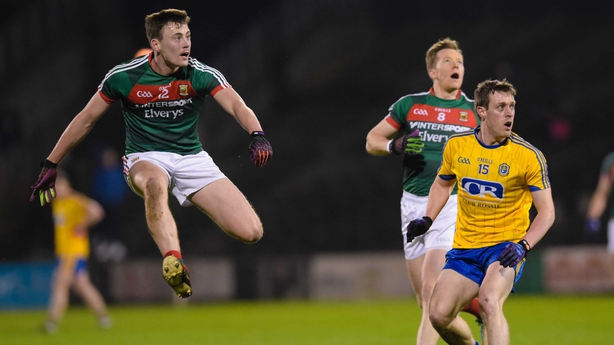 A foul by Seanie McDermott on Evan Regan saw Cillian O’Connor rattle the net three minutes after the break to put the result beyond doubt, and with the bench making an impact along with the impressive Diarmuid O’Connor at midfield, Mayo easily held on for the win despite the efforts of Conor Devaney and Enda Smith.