IT Carlow have made the Fitzgibbon Cup semi-finals for the first time after a surprise 4-16 to 0-23 victory over University of Limerick today.

DJ Carey's team scored goals through Martin Kavanagh, Mark Russell and Jack Fagan to take a 3-07 to 0-12 half-time lead before Chris Bolger's strike (below) secured the impressive win late on.

Despite Brian Lohan's side playing at home and possessing such star names as Tipperary All-Ireland winner John McGrath and former Hurler of the Year Tony Kelly of Clare they couldn't find the goals they needed to reel in the visitors.

IT Carlow now face UCC in the semi-finals on Friday February 24.

LIT will meet Mary I in a Limerick derby in the other last four clash after beating UCD this afternoon. 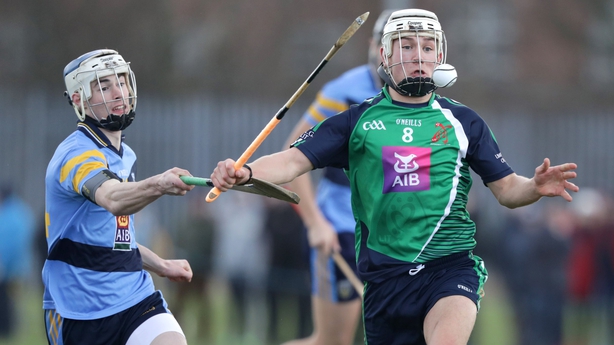 Nicky English's men finished the first half of their quarter-final at Limerick IT well and led by three points at the break, 1-09 to 0-09, thanks to Luke Scanlon's goal.

The hosts came roaring back after the break though and scored five unanswered points to lead by 0-17 to 1-11 with a quarter of an hour to play.

UCD closed the gap to two but LIT tacked on another three scores before Clare's Jason McCarthy settled any remaining doubts with a last-minute goal that secured a 1-20 to 1-13 win.