Tomás Ó Sé believes Kerry continue to struggle against direct running sides and lamented the “ridiculous” fouling which was evident in the Allianz League defeat to Mayo.

Eamonn Fitzmaurice’s side opened their League account with an impressive away win in Letterkenny, but fell to a disappointing defeat on Saturday night in Austin Stack Park as Andy Moran led a second-half comeback by last year’s All-Ireland finalists.

The Kingdom led by four at the break, but Moran, and captain Cillian O’Connor from placed balls, engineered a win for Stephen Rochford’s side.

O’Connor failed to score from play but contributed nine points from frees and five-time All-Ireland winner Ó Sé says that once again, poor defending has cost the green-and-gold dearly.

“When teams are running at us, we tend to foul and pull them down"

“I wouldn’t mind if they were fouls, but they were silly, pushing, pulling, absolutely ridiculous to give away, the RTÉ football analyst said.

“It comes back to the old problem with Kerry at the moment, and for the last little time.

“I think Kerry struggle at the back when team runs at them, most teams do and they end up fouling.

“When teams are running at us, we tend to foul and pull them down. It’s a difficulty.”

Kerry’s next outing is a home clash with Monaghan on Sunday 26 February. 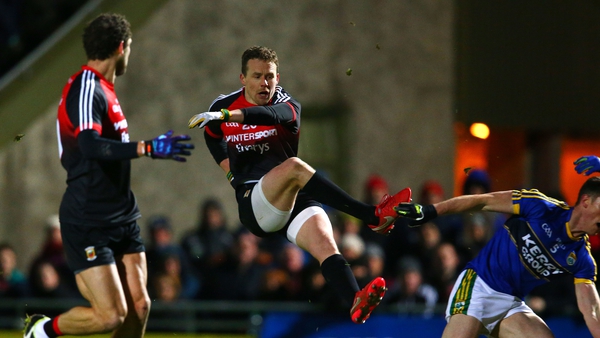