Kildare manager Cian O'Neill believes the manner of their Allianz League Division 2 victory over Cork illustrates the upward trajectory of his team.

The Lilywhites made it two wins from two as they backed up their impressive win over Meath to see off the challenge of Peader Healy’s side in Newbridge.

With the breeze at their backs, they should have been more than five points ahead at the interval, and when Barry O’Driscoll raised a white flag for the Rebels in the 56th minute, the gap was narrowed to two points.

Kildare however reeled off the next three points and closed out the game on a scoreline of 1-14 to 1-08.

Speaking to RTÉ Sport, O’Neill said it was a real test of character which they passed.

“We went in a bit disappointed at half-time, we should have scored more because we knew Cork were going to bring something different in the second half with the breeze,” he said.

“True to form, they brought it back to two points. As I said last week, in another era, another year, last season even, we could have crumbled.

“We have done in the past, but the lads showed great character and pushed on again.”

“There’s a great spirit in the group. There’s a couple of changes to the backroom team so there’s a real freshness this year, but most of all it’s the players who are working furiously hard.”

In blustery conditions, O’Neill said he was happy to win what was at times a “raggedy” match.

“I just felt it was the team that was going to make the least mistakes. It would come down to discipline and accuracy on the ball.

“We probably just showed a little bit more of that,” adding that the six substitutes helped push them over the line.

Daniel Flynn had a goal disallowed when linesman Maurice Deegan called him back for a double-hop which referee Cormac Reilly had not seen in the build-up, and O’Neill said it was an unusual call from the match officials.

“I’ve never seen that before,” he said.

“It actually wasn’t out of bounds. The goal was a legitimate goal scored, but the linesman brought it back and said that he’s hopped it twice.

“Now referees miss things all the time in matches and things are never brought back, so when you score an excellent goal and it is brought back...I have never seen it before. 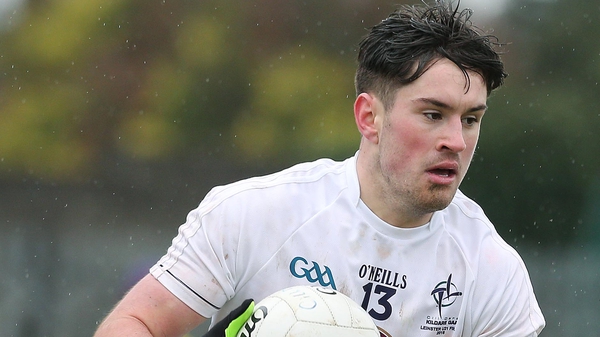