Waterford required some good fortune but they were good value for a hard earned 1-15 to 0-17 victory over Kilkenny in Division 1A of the Allianz National Hurling League at Nowlan Park today.

The Cats put in a strong, determined late comeback and claimed the closing three points through TJ Reid Eoin Murphy and Kieran Joyce to leave the minimum between the sides as the game drifted into injury-time, but couldn't find the equaliser.

With the game drifting beyond the 73rd minute Richie Hogan was just wide with a late chance for Kilkenny, but Waterford escaped to a victory they deserved with an impressive showing after Patrick Curran's early goal. 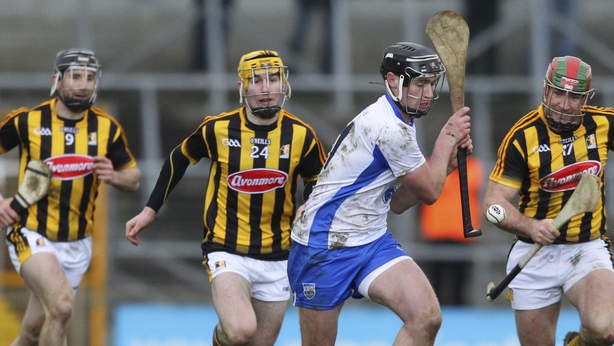 The Suirsiders opened backed by the wind. With free taker Pauric Mahony in deadly form, shooting points from distances up to 80 metres, they hit the front from the eight minute and never looked back.

When half time was reached Mahony had eight scores in the bag. However, the crucial score of the half was a 13th minute goal from Curran, with a deadly assist by Tom Devine who raided on the right wing, that took the visitors into an interval lead by 1-11 to 0-10.

Waterford added to their lead with early second half scores from Mahony and powerful midfielder Jamie Barron in the 41st minute.

What's rare is wonderful for Waterford - Liam Sheedy on a successive win in the league for the Déise over Kilkenny pic.twitter.com/hLneNUFUCk

However, from there to the finish they could find just two more points from a Mahony (free) and Jamie Barron.

Mahony's point gave the winners a bit of breathing space after that before Barron edged them further in front, 1-15 to 0-14.

However, Kilkenny powered on, but their closing run of points were not enough to spoil the Waterford party.