It's not surprising then that many are expecting the Munster county to take another step forward in the months ahead. That extra step would see Waterford winning a first All-Ireland title since 1959.

McGrath, now in his fourth year in charge, is more cautious in his approach and insists that Waterford's goal "is to improve" from last year.

"We need to improve dramatically to get up to the likes of Kilkenny and Tipperary," he elaborated when speaking to RTÉ ahead of his side's Allianz League opener against Kilkenny on Sunday.

"If we don't improve, we'll be back to where we were last year, or not even last year. At the end of the day we came up short.

"We're heading to Nowlan Park on Sunday where we haven't won since 2004. We have a horrendous record there but I'm more concerned with the future and aiming for that improvement. That said, we will be putting it all on the line against Kilkenny.

"Expectations are unrealistic in my opinion. We won an All-Ireland U21 last year and that only fuels the expectation. A number of the lads on that team have already played, so it's not as if they've suddenly burst on the scene."

McGrath's caution was further emphasised when he said: "It would be wiser for us to take every game game as it comes. There is a different dynamic in Waterford. We've only appeared in four All-Ireland finals." 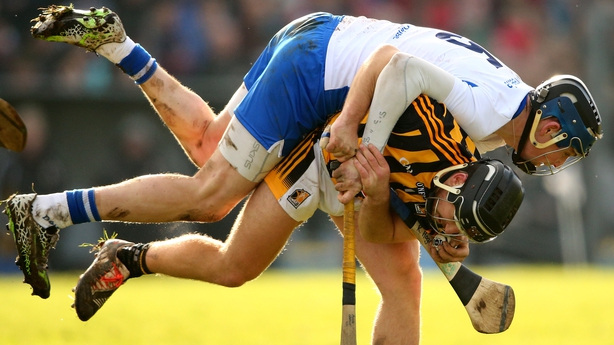 On Waterford's preparations for the upcoming challenges. McGrath added: "We are no different to any other inter-county team in that we've trained incredibly hard for the league, with the view that we will be in peak form for the championship.

"Guys will get their chance during the league to show their worth even though we will be mindful of those playing Fitzgibbon Cup.

"At the end of the league, the ideal scenario would be to pick up enough points to stay in the Division and create an environment where everybody feels part of the whole thing."

Full highlights of the major action on League Sunday on RTÉ 2 Television every Sunday from 9.30pm