Ulster club Player of the Year Chrissy McKaigue says there are 'many ingredients' to Slaughtneil's unprecedented success in recent years.

While the club’s footballers this year claimed their second Ulster Championship title, they also added the Ulster hurling and camogie crowns for the first time in their history meaning the Robert Emmet's club became the first ever side to win provincial titles in all three GAA codes in the same year.

In Derry alone they have done the double in hurling and football in each of the past three years and claimed county camogie success for the past two seasons aswell.

It is exceptional success for the south Derry club, especially considering it consists of no more than 300 families.

And dual player McKaigue says there are a variety of reasons for that success, with family, culture and hard work featuring strongly.

He told RTÉ Sport: “There’s many key ingredients to it, there’s no doubt about that. They way we’re brought up and the people that bring us up are massive contributors to us.

“They develop us as people and you can see that in the way we play and conduct ourselves.

“When you’ve all them ingredients and they’re worked on for years and years and you coincide that with hard work I think success can never be far away.” 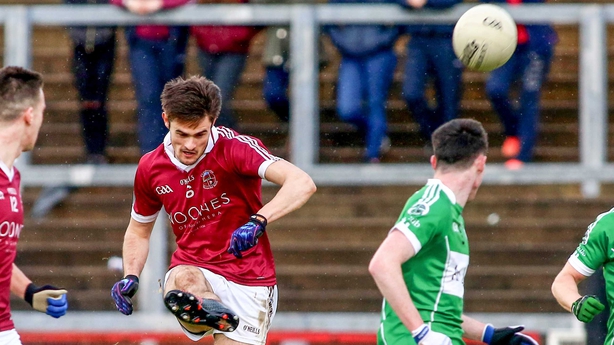 When asked if anyone in particular was responsible for influencing the characteristics which has brought about their acheivements, McKaigue pointed out the collective effort of a community that remains in touch with its troubled past.

He continued: “There’s no one person that’s done it, there’s been many families and many people – in 1981 our club stopped playing in respect of the hunger strikers so we’ve always had an awareness and we’ve also been able to put things into perspective.

“We’ve lost a lot of people in our club through tragic circumstances the last number of years and when them kind of things happen you get a wider sense of what’s important and an appreciation of what Slaughtneil is as a community.

Slaughtneil are in the AIB All-Ireland senior camogie final against Sarsfields, while the hurlers and footballers are in All-Ireland semi-final action next month.

The footballers take on Leinster champions St Vincent's at Pairc Esler on Saturday 11 February with the hurlers also facing Dublin opposition when they meet Cuala in their last-four clash at the Armagh Athletic Grounds on 25 February.

Live commentary of Mayo v Monaghan in the Allianz Football League (throw-in 7pm) on Saturday Sport Extra on RTE Radio 1. Reports and reaction on the day's league games on Sunday Sport on RTÉ Radio 1 from 2pm. Highlights of the weekend's action on League Sunday on RTÉ Two television (7.30pm).