Aidan O'Shea will miss the start of Mayo's Allianz League campaign because of ankle injury picked up playing basketball.

Mayo manager Stephen Rochford has confirmed that the former All Star will miss next Saturday’s opening league clash against Monaghan in Castlebar.

But he is hopeful that the 26-year old, who linked up with the EJ’s Sligo All-Stars during the winter, will recover in time for the trip to play Kerry the following week.

O’Shea suffered an ankle sprain after returning to basketball for the first time in seven years, having previously played for St Declan’s in Dublin.

There were fears that the ankle injury was more serious but Rochford said that he is due back in training with Mayo in the next few days.

"Aidan suffered an ankle injury which is not as serious as initially thought. He should return to training with us this week and while he won't make the Monaghan game we are hopeful he will be available for the match against Kerry.

"But like all injuries, it is a matter of waiting and seeing how recovery progresses and making sure a player is ready to return," said Rochford. 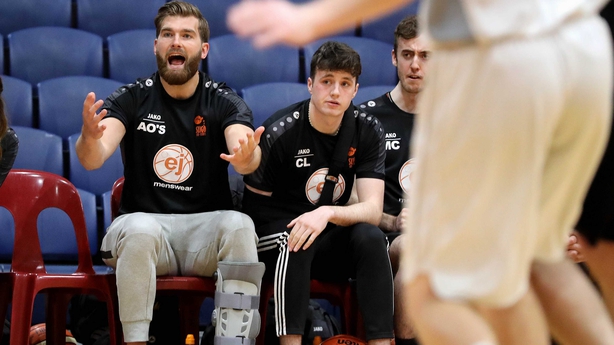 O’Shea wore a moon boot to protect his injured ankle when attended EJ’s Sligo All-Stars division one final loss to Neptune on Saturday night at the National Arena.