GAA Director General Páraic Duffy released his annual report at Croke Park today, and said that he is "reasonably hopeful" that the proposals to change the current championship structures will be supported by delegates at the upcoming GAA Congress at the end of February.

In his lengthy report published today, Duffy acknowledges that the GAA has an issue with fixtures.

"If we leave the football championship unchanged, we are effectively burying our heads in the sand"

The proposals that will go before the floor at Congress will be in three separate motions: a change to the structure of the football championship; extra time to be played instead of replays and bringing forward the All-Ireland finals to ensure they are played by the end of August.

Speaking to RTÉ Sport, Duffy believes that the proposals, if passed, will benefit the GAA in the long term.

"People realise there is a need to reform the football championship to some degree and I feel that the proposals that will go forward to Congress will make the GAA better," he said.

"It;s certainly not a given that it will get through, as the two-third majority is a very high bar. It's there and you have to accept that. Our job at national level is to persuade people of the value of what we're doing." 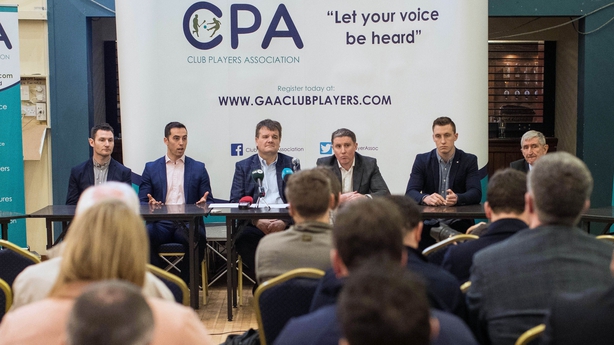 In response to a statement on Monday night from the Club Players Association, criticising Duffy's ideas for reform, Duffy called on the body to make the next move in issuing their own proposals.

Reacting further to their stance, Duffy added: "I'm surprised they wouldn't support the motion before Congress.

"I find it hard to hard to understand a proposal to have extra time rather than replays or a proposal to move the All-Ireland finals to free up time for club games wouldn't have their support.

"We would like to hear what they are suggesting. All I have heard so far is that they want to bring forward the All-Ireland finals to the 1 August. I think they'll be mixed views about that.

"I would have thought that they would have seen the proposals as benefiting club players. I don't see any point in them wanting to wait, we've waited long enough."

Speaking further in his report on his desire for change to the structure of the football championship, with the proposal for eight matches to replace the current quarter-final stage, the Monaghan native outlined: "If we leave the football championship unchanged, we are effectively burying our heads in the sand: the problem of falling appeal will remain, with no obvious alternative that is likely to achieve a consensus, while the unfairness to club players will again have been ignored.

"The task of Congress is to decide what is best for the GAA, but it must do so in the clear understanding that the Association needs an exciting football championship. 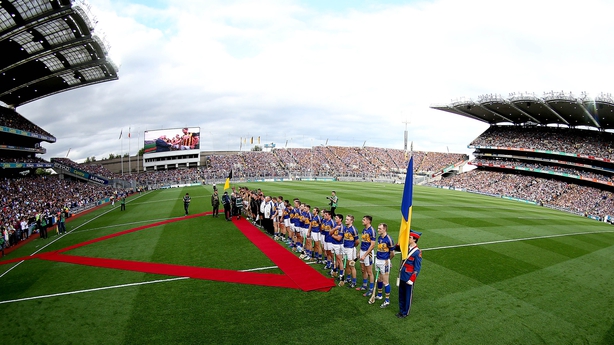 Duffy also sought to allay fears that any new football structure would have a negative impact on hurling.

"Concern has been expressed that acceptance of the proposed reform of the football championship could have a negative impact on the game of hurling.

"Two specific concerns have been expressed - that the addition of eight competitive matches contested by the country’s best football teams will overshadow the hurling championship - and that bringing forward the major hurling championship games will diminish the relative importance of hurling.

"It is very important to emphasise the point that the aim of the Alternative Fixtures Schedule was simply to demonstrate, for purposes of illustration, one way in which the All-Ireland senior championships can be completed by the end of August so as to achieve a more condensed inter-county programme.

"The motion on the timing of the All-Ireland finals that will go before Congress will ask that both All-Ireland senior finals be played on or before the last Sunday in August, on dates determined by Central Council. It does not specify a particular Sunday, nor the order in which the finals would be played.

"There is absolutely no reason, therefore, why Central Council could not decide to play the hurling final after the football final if it was concerned that there would be too few major hurling games in July or August.

"I would be very concerned if I believed that the football proposal might damage the jewels in the crown that are the provincial and All-Ireland hurling championships. But I honestly do not believe that the concern is justified. 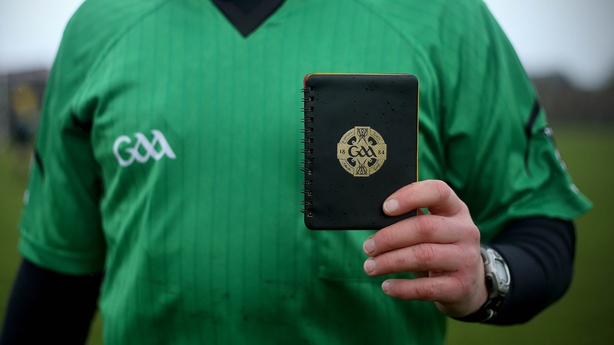 On the contentious issue of the black card, the GAA supremo said: "In my reports to Congress in each of the past two years I have emphasised the positive influence of the black card on how Gaelic football is played, while recognising that there was some inconsistency in the application of the rule by referees, and that work remains to be done in communicating the precise nature of black card offences to spectators and commentators.

"Once again, I accept that there is still work to be done in each of these areas, but instances of players being dragged to the ground are now rare, while the deliberate body-collide, an ugly, cynical and destructive foul that marred the game, has virtually been eradicated.

"There are statistics, too, that underline the positive impact of the black card on the game and that provide a comparison with the pre-black card era. Since its introduction in 2014, the total aggregate scores per game – compared with the previous four years – has risen by 10%, the number of goals per game by 25% and the number of points per game by 7.5%. In the same positive vein, the average number of frees awarded per game has fallen by almost 13%.

"It is frustrating that there has been an inconsistency in the implementation of the rule and also a lack of understanding in some of the commentary of what the rule says (not that clear written explanation of the rule is not readily available to anyone who wishes to comment on it). The wording of the rule could hardly be clearer."