2015 Footballer of the Year Jack McCaffrey will line up against Dublin tonight when UCD travel to Parnell Park to take on the All-Ireland champions in the O'Byrne Cup.

A full round of O'Byrne Cup fixtures takes place tonight, with the most intriguing encounter taking place at the Donnycarney venue where McCaffrey will be in the unusual position of playing against Jim Gavin’s side.

The Clontarf clubman, who captained UCD to Sigerson success last season, played the first half against Wexford last weekend in the opening round of the competition, a game which finished in a draw.

He was replaced in Gorey, but UCD manager John Divilly has confirmed that he will feature against Dublin.

McCaffrey opted out of Dublin’s successful All-Ireland defence before travelling to Africa to undergo volunteer work as part of his medical studies.

The 23-year-old made no secret of his desire to link back up with the panel and Gavin has welcomed the attack-minded defender back into his squad, though he won't feature until the Allianz League at the earliest because of UCD commitments.

Last week it was revealed that McCaffrey had joined a group of players back training with strength and conditioning coach Bryan Cullen, with the rest of the panel and management currently on a team holiday. 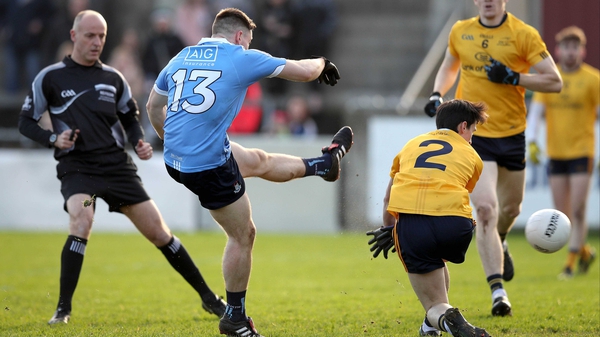