Plans for the stadium in west Belast were finally unveiled in October after approval for the original design was quashed in the High Court, with local residents objecting to the initial plans.

Longford native Skelly, who is one of five candidates looking to succeed Aogán Ó Fearghail at the upcoming GAA Congress, believes that a spanking new Casement Park will show that Gaelic games are flourishing in Belfast and throughout the province.

Speaking in The Irish News, Skelly said: "I would dearly love to see it completed and I know that a serious amount of work has already gone into it. There have been a few obstacles in the way, but I would hope that, in the very short-term future, Casement Park will be a live project.

“I think it will be fantastic, not only for us at national level, but for Ulster GAA to have an iconic home in the heart of Belfast. 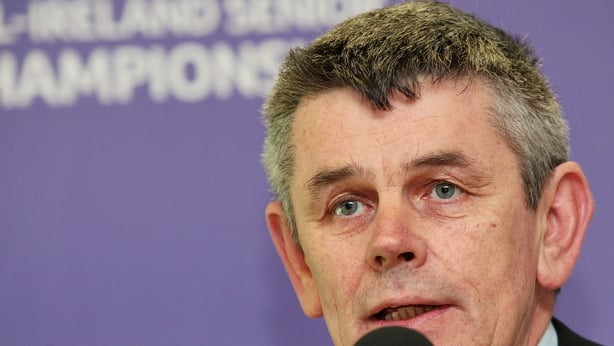 "It’s so important that we have a stadium and facilities that stand out and say something about the GAA. Croke Park is an iconic stadium in Dublin, Cork has Páirc Uí Chaoimh, Galway has Pearse Stadium and Belfast needs Casement Park.

"It would send out a strong, vibrant message that Gaelic games are alive and well in the city and give young people somewhere they can aspire to playing in, where they can go and be entertained in. Casement Park would be an integral part of that and I hope the project will come to fruition in the short-term future."

Skelly is currently the chairman of the Leinster Council, and with a view to the vote at next month's Congress, he adds that his central location, in coming from Longford (a county that has never produced a GAA president) leaves him well placed to represent the whole country.

“I don’t think I’d be representing any province one way or the other because of my location," he added.

“I’m centrally located, so I’ll be nationwide. I think what the next president has to do is, number one, have his ear to the ground and listen to the problems in running county boards and running clubs.

“I think it’s so important for any president to have an ear to the ground and be able to work with the various units of the association. I’m not afraid to speak on an issue, but I’m a good listener as well."