That’s what lies in store on Sunday when Monaghan’s Donaghmoyne face off against Dublin side Foxrock-Cabinteely in the All-Ireland senior club final at Parnell Park.

Donaghmoyne, who will be contesting their seventh final, will aim to do what they’ve never done before – successfully defend their title.

Before beating Mourneabbey in last year’s final, Donaghmoyne saw off Foxrock-Cabinteely at the semi-final stage.

And they’ll hope for a role reversal this time after beating Mourneabbey at the semi-final stage, with Foxrock-Cabinteely now providing the final opposition.

Donaghmoyne won by four points when the 2016 finalists met at the penultimate stage last year but Foxrock-Cabinteely will feel confident of closing that gap with extra experience under their belts.

But Donaghmoyne have been there, done that, and their ‘drive for five’ is very much alive.

They have also managed to keep the core of the 2015 All-Ireland winning team, as 12 players who started at Parnell Park 12 months ago lined out against Mourneabbey in the semi-final. 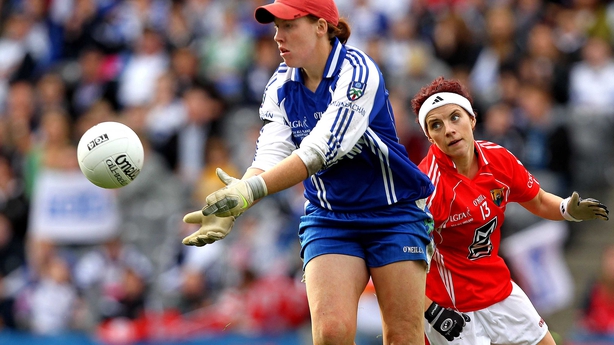 Goalkeeper Linda Martin was player of the match in last year’s final and Monaghan star Sharon Courtney has enjoyed another brilliant season in defence.

At midfield, Sharon’s sister and fellow county player Cora stars alongside club captain Amanda Casey, a former long-serving Monaghan player who’s lined out for her club for almost 20 years, and she’s still only 32.

Up front, another ex-Monaghan player, Catriona McConnell, is a bona-fide match-winner while defender Hazel Kingham has the potential to hurt Foxrock-Cabinteely with driving runs from deep.

Kingham scored two sensational late points in the final victory over Mourneabbey last year and inflicted more damage on the same opposition with a semi-final goal.

In 2005, Foxrock amalgamated with Cabinteely to become Foxrock-Cabinteely, and within two years, they were All-Ireland junior champions.

Now, they’re just 60 minutes away from the biggest club prize in ladies football – and in their maiden senior final.

If anybody doubted Foxrock-Cabinteely’s credentials, they would have been transformed into believers when watching them put five-time All-Ireland senior winners Carnacon to the sword in a remarkable semi-final.

Having been reduced to 14 players, Foxrock-Cabinteely showed incredible resolve to score two goals in as many minutes and turn the game on its head.

Amy Ring and Amy Connolly, who can both can call upon recent experience at the top level with Dublin, combined for the first of those goals, Ring the scorer, before Ring turned provider for Louth’s Anne-Marie Murphy. 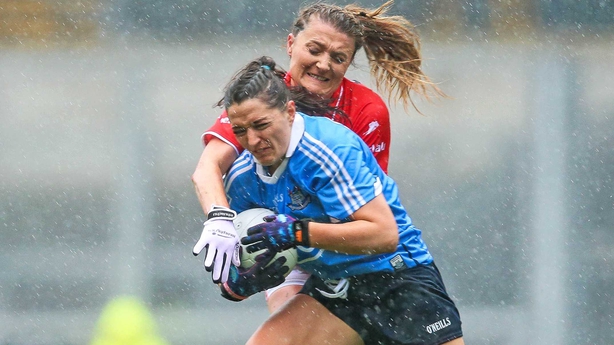 Leading the Foxrock-Cabinteely charge from the half-back line once again will be Dublin duo Sinead Goldrick, recently crowned an All Star, and Niamh Collins.

Westmeath’s Fiona Claffey is another player Donaghmoyne will need to keep a close eye on while Laois native Laura Nerney also found the net against Carnacon.

Foxrock-Cabinteely may call upon players from different counties but it’s very much a united effort when they hit the field of play. And they’ll need to be very much on their game to stop Donaghmoyne claiming back-to-back crowns.