By Steven Doherty at Athletic Grounds

Slaughtneil created history at the Athletic Grounds when they defeated Kilcoo to win the Ulster Senior Club Football Championship.

The Robert Emmet’s club from Derry now boast an historic treble of the football, hurling and camogie provincial titles – all in 2016.

Teenager Shane McGuigan top scored for Slaughtneil with five points - three from play - as the Derry men held off a robust second-half fight back from the five-in-a-row Down champions to win by three.

A powerful finish to the first-half, where they scored four rapid-fire points in the last three minutes, handed Slaughtneil a 0-09 to 0-05 lead at the break.

Mickey Moran’s men began with real intent from the moment the throw-in ball was claimed vociferously by midfielder Patsy Bradley.

Points from free-takers McGuigan and Paul Bradley was no more than ample reward for the dominant side.

After that early shock and awe, Kilcoo found their feet with points from Paul Devlin, Ceilum Doherty and Ryan Johnston pulling the two sides level after 15 minutes. 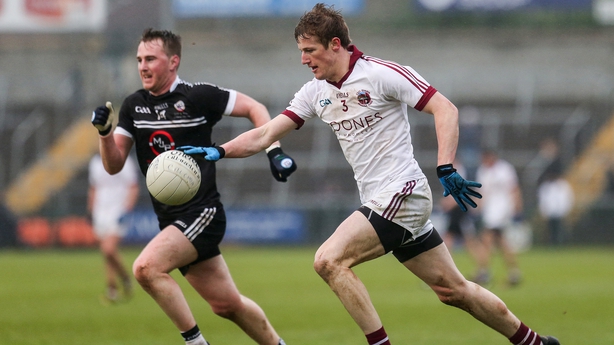 Two scores from rampaging full back Brendan Rogers edged the Slaughtneil ahead once more before a fine Daryl Branagan point levelled matters again with five minutes to the break.

Then came the Emmet’s blitz. Christopher Bradley, from distance, the raiding Chrissy McKaigue, McGuigan – who could have goaled – and Cormac O’Doherty all split the posts as the 2014 champions manufactured a crucial four point advantage just before the interval.

With the words of manager Paul McIver ringing in their ears, the Magpies burst out of the blocks on the restart.

Points from Darragh O’Hanlon, Martin Devlin and a brace from Doherty made it a one point game by the 51st minute as Kilcoo began to purr. 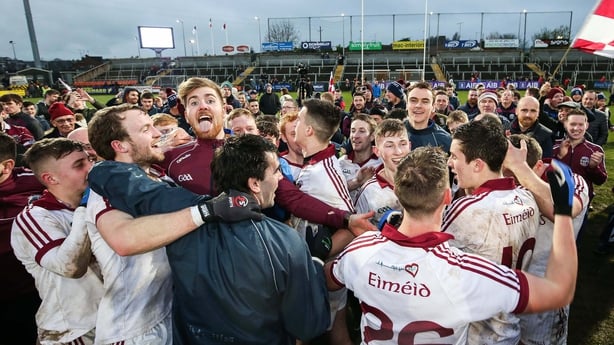 A McGuigan free, however, edged Slaughtneil to a 0-11 to 0-09 lead soon after, but the Derry men have goalkeeper Antoin McMullan to thank for a magnificent 56th minute save to deny Eugene Branagan what would have certainly been a goal.

Deep into injury time a clinker from Paul Bradley confirmed the Slaughtneil victory with his captain Francis McEldowney raising the Seamus McFerran Cup soon after.