St Brigid's stalwart Karol Mannion admits that the decision by Connacht Council not to allow clubs host games at their own grounds in the provincial competitions felt unduly harsh on the club.

The former Roscommon player will be part of the Brigid’s side seeking a fifth Connacht title in the last decade, with their opponents on Sunday (throw-in 2pm) seeking a fourth success in the same time period.

The game is fixed for Páirc Seán Mac Diarmada, Carrick-on-Shannon, as the club cannot play their provincial games in Kiltoom and Dr Hyde Park is undergoing an upgrade.

Kiltoom is deemed fit to host inter-county matches, but a decision was made by the Connacht Council in 2011 not to allow clubs host games at their own grounds in the provincial competitions, a decision that chairman Michael McDonnell has previously described as a "farce".

Mannion too feels the move was unduly harsh on Brigid’s.

“When the rule was brought in, it only impacted three clubs in Connacht; ourselves, Ballina and Sean Ó’Heslins in Ballinamore," he said.

“We were the only team contesting Connacht titles at the time so it felt like - that a club team can’t play at their own ground - that it was brought in for us.

"Since then, we’ve just got on with it."

Brigid’s are unbeaten in three previous encounters against the current Galway champions and enter the game after a comfortable 14-point win over Leitrim’s Aughawillan.

That game too was played in Carrick-on-Shannon and Mannion believes manager Frankie Dolan has made a wise decision in choosing Páirc Seán Mac Diarmada as their ‘home’ venue.

“I’d like to play in Roscommon, it’s just a pity that Dr. Hyde Park is out of commission. It’s just where we are now. We’ve played in Carrick against Leitrim clubs.

“Frankie might have made that decision that when that venue is because if we won we’d be back there in a final with Corofin.

"We wouldn’t have had the option if we had played Castlebar." 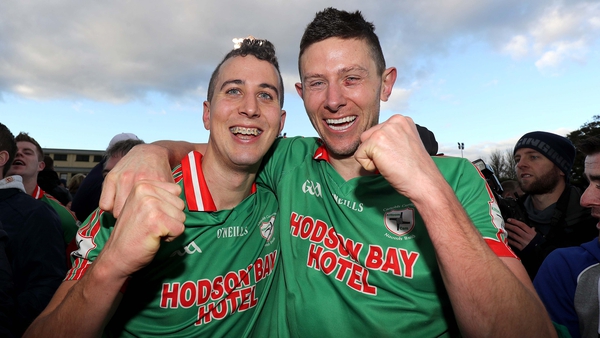