The Kerry star found the net after just seven minutes of the contest and finished with a tally of 1-03, which ultimately proved the difference between the sides.

Few expected the Tipperary champions to upset the favourites to land the Munster crown, but John McGrath’s injury-time point saw the underdogs retire at half-time just a goal in arrears, 1-05 to 0-05.

Crokes however were always too strong and Loughmore-Castleiney finished the game with 13 men following the second half dismissals of Tomas McGrath and John Ryan.

It was however far from a vintage performance from Pat O’Shea’s side and it was the visitors who opened the scoring in the semi-final through a Liam McGrath free.

Cooper however soon raised a green flag when Daithi Casey found Kieran O’Leary, who in turn picked out their ace forward who made no mistake.

McGrath kept his team in contention with frees, while Cooper spurned the opportunity to add a second goal before Daithi Casey and Gavin O’Shea tacked on points before the break.

Michael Burns, Jordan Kiely and Tony Brosnan all got on the scoresheet after their introduction for Crokes in a sluggish second-half display, while the Tipp side simply couldn’t break down the Crokes defence for the goal they desperately sought.

It wasn't a vintage performance - selector Harry O'Neill described it as a "poor" performance, but Crokes are just 60 minutes away from a fourth Munster title in five years. 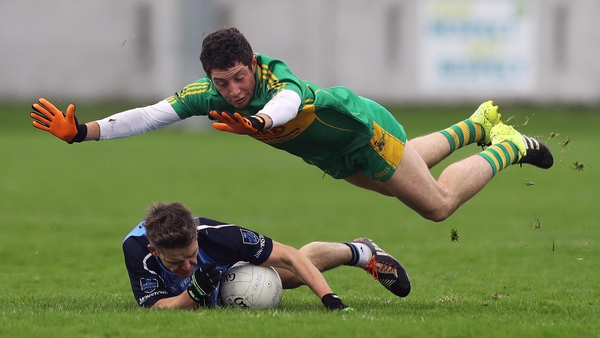 Rhode hang on to see off determined Simonstown