Kevin Ryan is poised to lead Offaly’s hurlers forward after being appointed to the vacant manager’s post.

The former Waterford midfielder was an integral part of the Déise backroom team during Justin McCarthy’s tenure, and was a selector when the county ended their Munster Championship hoodoo in 2004.

Ryan enjoyed a successful spell as Carlow boss from 2008 to 2012, securing a Christy Ring Cup title for the county in his first season at the helm.

Carlow also reached Division 1B of the league under Ryan in his final year with the county.

The Mount Sion clubman endured a difficult reign as Antrim manager from 2012 to 2015, but has returned to inter-county management after a hiatus with the intention of restoring Offaly’s fortunes.

Ryan, who has also won county titles as manager of his home club Mount Sion and Wexford’s Oulart-the-Ballagh, is expected to be ratified at a Faithful County committee meeting next week. 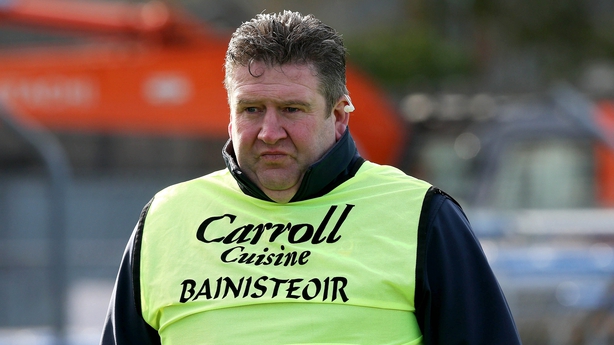 Meanwhile, Eamonn Kelly, who managed Offaly last season, has made the move to neighbouring Laois.

Kelly cited personal and business commitments as the reasons for his early departure from the post in September.

The Tipperary native began his managerial career in the Premier County’s underage set-up before being appointed as Kerry boss in January 2014.

He led the team to a Division 2A crown and saw his side fall at the final hurdle in the Christy Ring Cup, where Kildare ultimately prevailed.