Cuala skirted with disaster at Parnell Park before finishing with a flourish to hold onto their Dublin SHC title and claim back to back crowns for the first time.

Mattie Kenny's men were nine points up at one stage in the first-half only to find themselves two down after 54 minutes in what proved to be the ultimate game of two halves.

But just when it seemed like they'd blown their big chance, the Dalkey outfit outscored Crokes by 0-06 to 0-01 in the closing minutes to win by a slightly flattering three-point margin.

Colm Cronin finished with 1-03 and stood up for them in particular late on with two important scores while Dublin forwards Mark Schutte and David Treacy were also on the mark.

It was tough on Crokes who fought back brilliantly when the game looked to have got away from them and they scored eight points without reply at one stage in the second-half.

But they were no match for Cuala in that thrilling finale and the victors will return for an AIB Leinster club championship quarter-final clash with Borris-Kilcotton of Laois next Sunday.

It couldn't have started much better for Cuala who had 1-05 on the board before Crokes even registered a score.

Cuala were so dominant in this period that they struck six wides yet still raced comfortably clear.

Their first score was a Cronin goal after four minutes when he raced left to right across the 13-metre line and blazed low to the net.

Treacy and Nicky Kenny hit a couple of points each and with 20 minutes on the clock Cuala led 1-05 to 0-00.

It should have been even better for them given the amount of scoring opportunities they carved out though Crokes were guilty of some terrible wides too. 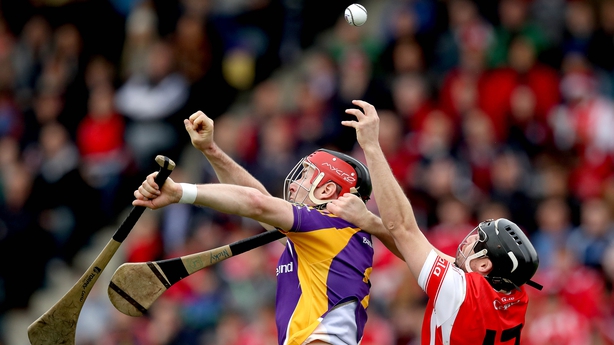 Oisin O'Rorke is a reliable free-taker and finished with 0-10 overall but the Crokes attacker wasted two great early opportunities from placed balls, meaning they didn't score until the 24th minute.

It was O'Rorke that got that belated point though just one of their first-half points came from open play as they struggled with the pace and quality of Cuala's play.

Crokes at least finished the first-half strong with three O'Rorke points in a row though Cuala still led 1-08 to 0-04 at the break.

The resumption of play brought a dramatic turnaround though as Crokes took over completely and began to eat into Cuala's lead.

O'Rourke's radar was working perfectly now and he converted a series of points from frees and open play. Dillon Mulligan, a substitute late in the first-half, hit two points also as Crokes drew level and then moved ahead with eight unanswered scores.

Stunned Cuala were delighted to finally break the sequence of scoring with a converted Treacy free but they looked all out of ideas.

To their great credit, they dug deep and rattled off those six points to Crokes' solitary score to win a remarkable game.