Pat Spillane and Ger Loughnane are this year's inductees into the Gaelic Writers’ Association Hall of Fame.

The pair, who are also pundits on The Sunday Game, were honoured at an awards ceremony at the Jackson Court Hotel in Dublin on Friday.

In a career that spanned three decades wearing the Kerry jersey, Pat Spillane won eight All-Ireland football medals and holds nine All Stars - a record for a footballer. 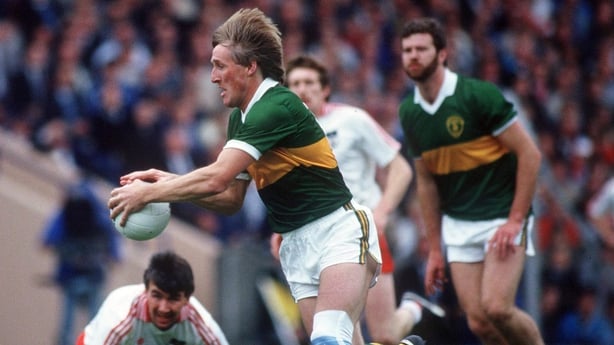 Ger Loughnane played on a very good Clare team in the 1970s that just failed to make a breakthrough in the championship. However, he picked up two National Hurling League medals - 1977 and '78 - and was twice honoured with All Star recognition.

He subsequently went on to manage the Banner in their All-Ireland triumphs in 1995 and 1997.

In addition, Dublin’s Brian Fenton was selected as the 2016 Football Personality of the Year with Waterford manager Derek McGrath winning the hurling accolade.

Mayo's Paul Cunnane was the recipient PRO of the Year accolade.