Cork forward Daniel Goulding has announced his retirement from inter-county football after admitting he has lost his lost some of his passion for the game.

The 30-year-old was the Rebels’ man-of-the-match in the 2010 All-Ireland final win over Down and ends his career with four National League medals and four Munster senior football medals to go with Sam Maguire success six years ago.

Goulding made his senior debut in 2006, but has struggled in recent seasons to hold down a regular place in the Cork team.

The Eire Óg clubman, who hit 0-09 against Down in the 2010 decider, says the time is right to move on as he simply doesn’t enjoy the game like he used to. 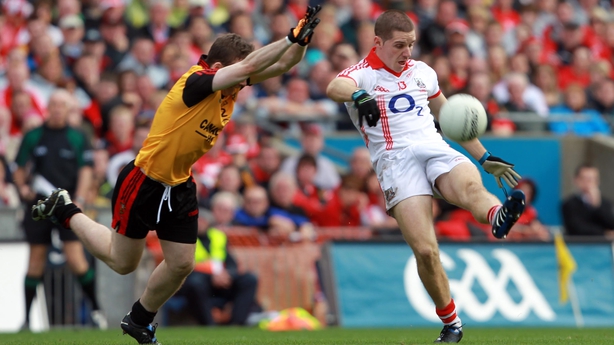 "The demands of the inter-county game are massive and I’m not getting as much enjoyment out of it now as I did before," he told The42.

"Over the last few years, the role of a forward has changed a lot. I was best suited to a corner-forward position and that role got more difficult to play in over the years. That was frustrating at times.

"If you’re not enjoying it and if you’re not 100% up for the challenge of putting it in for the full season, you’re better off not being there."

Goulding highlighted the 2009 All-Ireland semi-final win over Tyrone, where the Rebels prevailed despite the dismissal of Alan O’Connor, as another highlight and has wished Cork well for the coming season.