All-Ireland hurling champions Tipperary will have to go the long way around to defend their Munster title after they drew Cork in the provincial quarter-final.

“It’s great to be leaving here with a focus,” Tipp forward Seamus Callanan, who took part in the GAA 2017 Championship draws held in RTÉ, said.

“After a few weeks after the All-Ireland [now] people have something to zone in on.

"We beat Cork last year and they are going to be coming to play us again with a bit of a chip on their shoulder.”

Should they negotiate that tie, Waterford, last year's beaten finalists, stand in their way, while Limerick and Clare will face off in the other semi-final. 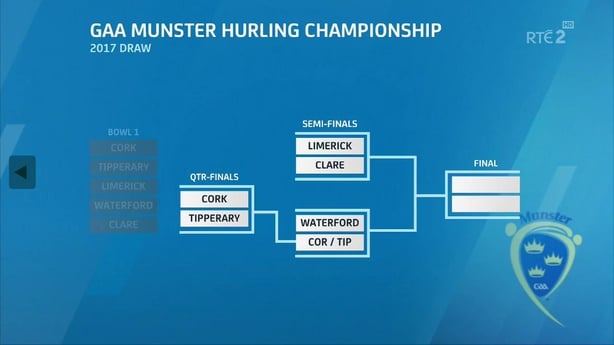 Beaten All-Ireland finalists Kilkenny got a bye into the semi-finals of Leinster.

They await the winners of Davy Fitzgerald’s Wexford and a team from the qualifying group of Laois, Westmeath, Meath and Kerry.

The quarter-final clash of 2012 and 2013 winners Galway and Dublin is the pick of ties. In football, Dublin begin the defence of their Leinster and All-Ireland crowns with a meeting against either Wexford or Carlow in the quarter-final, a prospect star defender Jonny Cooper described as “a tough challenge”.

Meanwhile, Meath and Kildare are on the other side of the draw and face quarter-finals against either Louth or Wicklow, and Laois or Longford respectively.

Offaly and back-to-back Leinster finalists Westmeath will renew rivalries in the last of the quarter-finals. 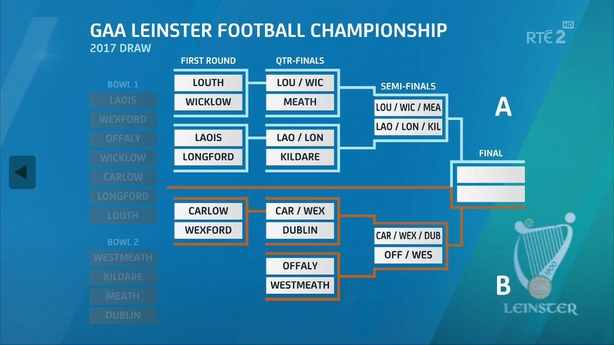 In Ulster, champions Tyrone face a quarter-final against Derry, while Monaghan and Fermanagh were drawn in the preliminary round, with Cavan awaiting the victors.

Down play Armagh, and Donegal face Antrim in the other ties.

Speaking at the draw, Donegal's Martin McElhinney said: "You want to get a home draw in the first round of the championship.

"Whoever gets over that will have a game under their belt but Derry or Tyrone will still be a massive task for whoever gets through." 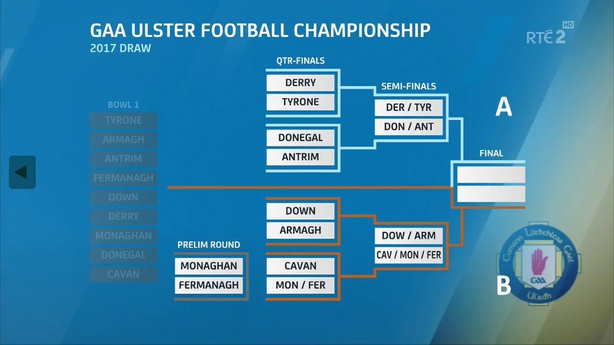 In the Munster SFC, champions Kerry and rivals Cork were kept apart.

The Kingdom will meet either Limerick or Clare, while Tipperary await the winners of the Rebels and Waterford quarter-final. 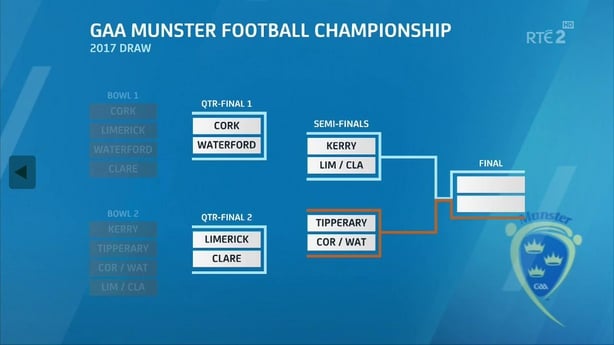 Mayo will meet Sligo or New York in the Connacht quarter-final, where champions Galway await in a semi-final.

Roscommon face either Leitrim or London in the other last-four clash. 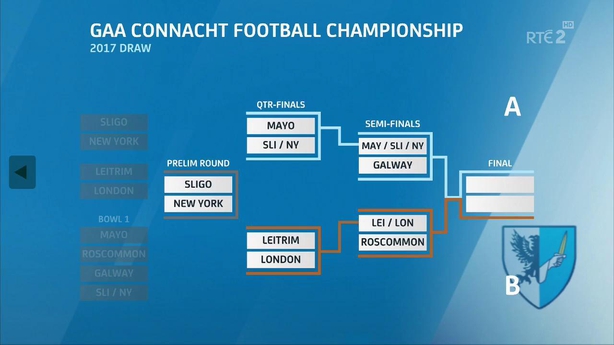