Davy Fitzgerald has been officially appointed as the new manager of the Wexford senior hurling team.

And in the race to succeed him in Clare it has been reported by the Irish Examiner that Fitzgerald's former team mate Anthony Daly has pulled out of the race to become the Banner County's next boss.

Fitzgerald, who stepped down as manager of the Clare senior team just over two weeks ago, joins Wexford on a three-year term with a review to take place after the first two years.

The All-Ireland winning manager replaces Liam Dunne, who spent five years as Wexford boss and despite being interviewed for the position last week, was ruled out of the running.

Fitzgerald said: "I am really excited about this opportunity with Wexford, and I was honoured to be asked to accept the job. It’s a new challenge for me, and I’m really looking forward to it."

County board chairman, Diarmuid Devereux insisted that attracting Fitzgerald to his country represented a coup and said: "On behalf of Wexford County Board and Wexford GAA supporters, I welcome Davy to County Wexford.

"He is an ideal fit for our young senior hurling squad, and I am excited about the prospects for the future.

"The initial aim will be for Wexford to move from Division 1B of the National Hurling League up to Division 1A, and then to build on that."

No decisions have yet been made on who will form Fitzgerald’s backroom team in Wexford. 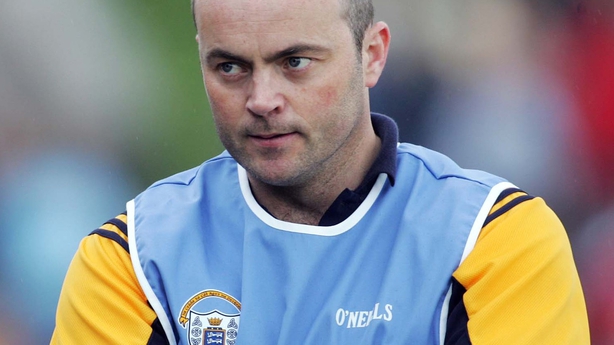 It remains unclear whether or not former Cork goalkeeper Donal Óg Cusack will join him with the Yellow Bellies. Cusack worked alongside Fitzgerald in Clare.

With Daly withdrawing his name from he Banner County race it seems likely that Donal Moloney and Gery O'Connor will take over.

The duo brought Clare to three All-Ireland Under-21 titles in-a-row between 2012 and 2014. It is also possible that Cusack could join them in their backroom team.

Daly captained the Banner to All-Irelands in 1995 and '97, teams Fitzgerald was goalkeeper on, and he has had spells in charge of his native county (above) and Dublin in the past.