There are no grey areas when it comes to winning and losing, only black and white.

Both managers, Mayo’s Stephen Rochford and Jim Gavin of Dublin, made major calls before the All-Ireland final replay.

In the build-up to the game the pair surprised nobody when they announced unchanged line-ups. The dogs in the street, however, knew that there would be moves made on both sides.

Gavin carried out the more radical surgery, changing three of the side that drew a fortnight previously; Michael Fitzsimons, Paddy Andrews and Paul Mannion coming in for David Byrne, Michael Darragh Macauley and Bernard Brogan. 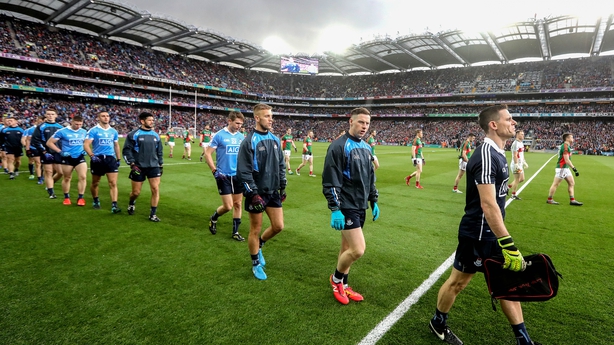 That’s a hell of a lot of experience, Macauley and Brogan are two former Footballer of the Year winners, on the bench, while Byrne performed strongly in the first instalment of the final.

Rochford elected for just the single change, though it was the boldest of the lot. He dropped goalkeeper David Clarke and went back to Rob Hennelly between the posts.

Hennelly and Clarke have been battling it out for the Mayo number one jersey for years and Hennelly, at 26 the younger by six years, started the Connacht Championship.

He was benched after the Galway defeat, which ended their provincial six in-a-row hopes, and Clarke took over for three qualifier games, an All-Ireland quarter-final, semi-final and drawn final.

Whichever manager won on Saturday was going to be applauded as a tactical master and the loser was going to have been judged to have made a fatal error.

Unfortunately for Rochford, a shrewd football thinker and an All-Ireland club winner as player and manager who had made all of the right moves since taking over before the start of the season, he made the wrong call.

Hennelly was brought in for the additional length he had on his kick-outs, though his accuracy off the tee during the first half got his team into trouble.

Lee Keegan’s black card may have been harsh, though it was avoidable. He had to rush back, pulling at Diarmuid Connolly on the way, following an errant kick-out at his own end.

“We did our analysis on Dublin,” explained Rochford. “They had pushed with a formation in the first game, pushing four guys inside.

“They were trying to cut off our short kick-out and as the game developed in the drawn game they were getting more comfort or more reward and it was probably something they were going to try and maximise further.

“Robbie’s kick-out gave us a bit more length, a bit more option and that was the reason behind it.”

When asked did the move work, the manager responded: “In some cases maybe it did, but I'm not thinking through every kick-out now at this moment in time to wonder about that."

If Rochford was thinking about making a chance between the sticks at the break, he was forced to make the switch shortly after it.

Hennelly came to collect a Paul Flynn effort that was dropping short and allowed it to slip between his hands. Paddy Andrews pounced and the keeper did what he had to do under the circumstances - he dragged him down. 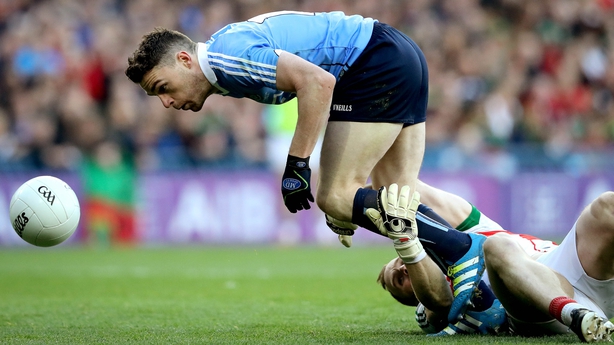 Referee Maurice Deegan then did what he had to do - showed the black card and put the keeper off. Diarmuid Connolly sent the penalty to the net past the replacement Clarke.

Hennelly was the picture of devastation on the pitch after the game, with his team mates quick to offer a consoling shoulder and comforting words. They know that he didn’t set out to have a bad game and they know too that he’s a normally reliable man between the sticks

But sport is about winners and losers. Black and white. Dublin are the winners, Mayo the losers.

It will be another long winter of regret in the west and the decision to switch goalkeepers will live with Rochford through those dark months.