Dessie Farrell has announced that he will leave his role as chief executive of the Gaelic Players' Association in December.

The former Dublin footballer, who won an All-Ireland title in 1995, was a founder member when the inter-county representatives' body was set up in 1999.

He was elected chairman of the GPA at the organisation's first AGM in 2000 before being appointed as the first full-time CEO in 2003.

During Farrell's time at the helm, the GAA has softened its attitude to the GPA from one of initial fierce resistance to formally recognising it in 2010.

The GPA successfully lobbied for the introduction of Government grants for inter-county players in 2007 and the body's most recent agreement with the GAA provides for €6.2m in annual funding for a variety of initiatives supporting current and former inter-county players, and an increased role in the Association's decision-making.

Alongside his role with the GPA, Farrell has managed Dublin to minor and Under-21 All-Ireland success in recent years.

Farrell said in a statement: “Throughout my life I feel extremely grateful to have been involved in Gaelic games.

"I have enjoyed a long career with my club Na Fianna, an underage and senior county career with Dublin football, which has spanned three decades and have been involved in coaching of younger Dublin players at different age levels over the past decade.

"I have been fortunate to have had the opportunity to work in a career so intrinsically linked to the sports I love.

"It has been a tremendous honour to have led the GPA and to have served our county players over the past decade and half. We are all extremely proud of what has been achieved in that time and I feel truly privileged to have witnessed the growth, development and success of the organisation in that period.” 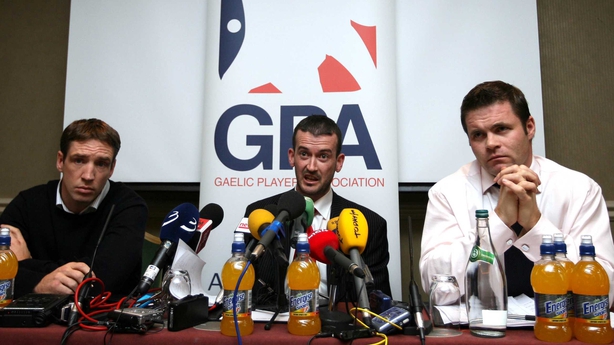 GPA chairman, Limerick hurler Seamus Hickey, said: “Dessie has been an inspirational leader of the GPA. What he has achieved for inter-county players over his term has been extraordinary.

"He has nurtured a new generation of player leaders, who will take the organisation to the next level.

"Throughout his career he has displayed passion and commitment in his service to players. On behalf of current and former players and our supporters at home and overseas I want to thank him sincerely and wish him every success for the future.”

Former GPA chairman and fellow founding member Donal Óg Cusack also praised Cusack: “It was my pleasure and privilege to have known and worked with Dessie Farrell for so many years.

The GPA has appointed a sub-committee led by Hickey to run an open recruitment process commencing 9 October to find Farrell's replacement. They expect to make a recommendation to the board of the GPA by the end of the year.