The Ladies' Football Association are hoping to have a crowd in excess of 30,000 for this afternoon's TG4 All-Ireland finals at Croke Park.

Antrim and Longford get proceedings under way at 11.45am in the junior decider, with Clare and Kildare meeting in the intermediate final at 1.45pm.

And then at 4pm, we have All-Ireland champions Cork for the third consecutive year taking on Dublin in All-Ireland senior final.

The 2014 clash produced a thrilling finish as the Munster side wiped out a ten-point deficit in the second half to claim the spoils.

The Brendan Martin Cup has visited Leeside on ten occasions since 2005 - the year that the Rebelettes first contested the final. 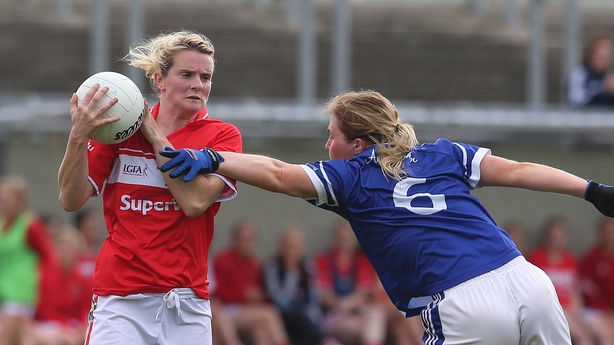 Of those ten titles, Bríd Stack, Deirdre O’Reilly, Briege Corkery and Rena Buckley will continue their remarkable record of starting every one of those wins and they have all played every minute of those previous ten victories.

Cork only make one change to this very settled team as Áine O’Sullivan comes into the side at corner forward, where Libby Coppinger is the one to make way.

Ephie Fitzgerald is the new man in charge, taking over from Eamon Ryan.

Captain Ciara O’Sullivan believes that her side’s perceived period of transition was exposed early in the year as Cork were beaten by Mayo as well as Sunday’s opponents, but she feels that those defeats have helped spur the side on to the Championship decider.

“I think there has been less pressure on us this year,” said O’Sullivan, speaking to RTÉ Sport.

"With the new management team, it may have taken the pressure off us, in terms of people didn’t give us as much of a chance as they did previously, as we would be going through a period of transition.

“We did have a few hiccups at the start of the year, in terms of league losses where we were beaten by a Mayo team who were far superior to us and Dublin, and actually, a good few teams looking back on it.

"We came good and those losses stood to us later on in the year. Nobody likes losing and it’s just remembering those losses which drives you on.”

Dublin will be hoping to win a second TG4 title and their first since 2010. 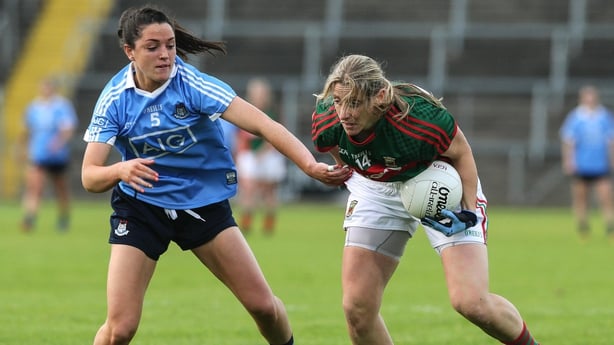 Their manager Gregory McGonigle makes one change from the one that narrowly defeated Mayo in the semi-final, with Molly Lamb coming into the side from the start to join her Kilmacud Crokes team mate Lauren Magee in the middle of the field, with Sorcha Furlong making way.

Dublin forward Noelle Healy wants her team-mates to overshadow Bernard Brogan and Co by slaying the reigning champions this afternoon.

"We want them to be saying the Lindsey Daveys and Sinead Goldricks are the players they look up to.

"Cork brought ladies' football to a new level. A lot of us are finally getting to the same stage. The championship this year has been really really exciting. They are still a phenomenal team. I think it will be a fantastic game."

Follow Dublin v Cork with our live blog on RTE.ie, listen to updates on RTÉ Radio 1's Sunday Sport and watch highlights on The Sunday Game on RTÉ2 at 9.30pm