Winning an All-Ireland and a league title in the space of four seasons is no mean return for a county like Clare in an era where Brian Cody's Cats have reigned supreme.

However, in spite of those great days, particularly that September evening when the Banner landed a fourth Liam MacCarthy, there is the sense that more should have been achieved under Davy Fitzgerald's watch as Clare hurling manager.

It now would appear that Davy's time is up, with the Sixmilebridge man expected to make a statement in the next 24 hours.

The former goalkeeper is currently on holidays and no doubt he will have time to reflect on the news that members of his panel do not want him to continue.

Once the rumblings of discontent start, even beyond the panel, the manager is in a a no-win situation. Fergal O'Donnell, recently resigned as joint-manager of the Roscommon footballers, claiming that "concerted effort has been made (outside of management and players) to undermine and disparage" him and two of his selectors.

This time last year Pat Holmes and Noel Connelly succumbed to player power as the Mayo footballers had their say, while in the weeks before Christmas Anthony Cunningham's time as Galway hurling manager ended in similar circumstances.

Success breeds success and Fitzgerald's failure to build on that 2013 All-Ireland victory was always going to count against him. Defeats to Wexford after a replay (2014), Cork (2015) and Galway (2016) was where there subsequent summer campaigns ended.

There was no return visits to Croke Park and the Banner in that time failed to win a match in Munster. Indeed, it's now 19 years since the county last reigned as provincial kingpins. 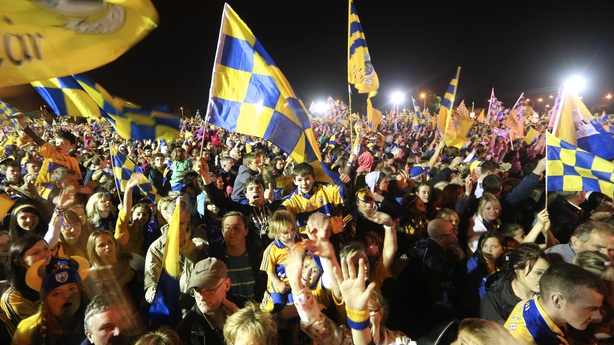 This year's league success, on the back of a new backroom team including Donal Óg Cusack, we thought would herald something more productive in championship battle. However, that would not be the case.

If Davy is to walk away, then his achievements should be applauded, so says Clare FM broadcaster Syl O'Connor.

Speaking to RTÉ Sport, O'Connor said: "He came in in 2012 when we were in the second tier. 12 months later we all know what happened - Clare winning the All-Ireland for only the fourth time in their history.

"The subsequent championship campaigns weren't great and nobody can say any different. And then only last May a national hurling league title for the first time in 38 years.

"The county will be behind the new manager and if they can deliver an All-Ireland title and a league title in four years, well the celebrations will be high in the county of Clare."

A reasonable target then for whoever is leading the Banner charge in the next few seasons.