Waterford produced a clinical display to end a 24-year wait for Bord Gáis Energy All-Ireland Under-21 glory this evening.

Captain Patrick Curran scored 1-09 and the Bennett brothers, Shane and Stephen, chipped in with 3-01 between them as the Déise romped to a 16-point win at Semple Stadium.

Galway, as had been widely-anticipated, were outclassed by a well-oiled Waterford machine on a night when the competition’s new trophy, the James Nowlan Cup, was presented for the very first time.

And Curran was the man getting his hands on the silverware as Waterford delivered on their pre-match promise in some style.

In front of 14,410, the side managed by Seán Power, and regarded by many as the greatest ever in the history of this grade, bridged that long gap back to 1992.

That previous winning vintage produced senior stars like current selector Paul Flynn, Tony Browne and Fergal Hartley, and the hope is that this present crop can write their own future histories.

Many of them have already worn the senior shirt with distinction – Curran, the Bennetts, Austin Gleeson, Tom Devine and Conor Gleeson – and these players will form the county’s backbone for some time to come.

For now, they’ll bask in Under-21 success and the scenes at full-time when joyous Waterford fans invaded the pitch were quite something. 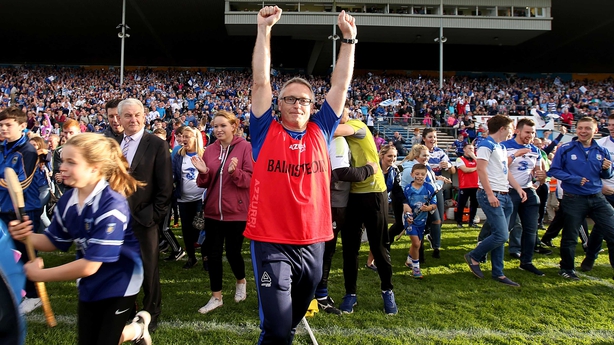 Stephen Bennett’s second goal in the closing stages capped a memorable evening as he banged home a strike worthy of gracing any occasion.

Bennett collected Austin Gleeson’s sideline cut over Declan Cronin and, from the tightest of angles, flashed an unstoppable drive into the opposite top corner.

It was Waterford’s second goal of the half and it was Stephen who turned provider for Shane in the 49th minute to kill off any faint hopes of a Galway revival.

The Tribesmen trailed by 13 points at half-time but reeled off five without reply after the restart.

It was the third time in the first half they’d led by 13 points and while Galway did appear to settle for a spell after conceding a goal after 40 seconds to DJ Foran, they were soon chasing shadows.

Captain Brian Molloy was the one shining light for Galway in the first half but Waterford were doing pretty much as they pleased, playing with the aid of the breeze towards the Killinan End.

Foran scorched through for a superb opening goal and while Galway clawed back to within two points by the tenth minute, a yawning chasm soon began to emerge. 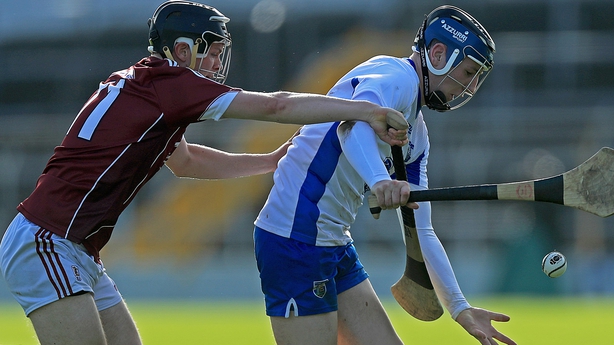 Curran cracked home a second Waterford goal in the 12th minute, Foran turning provider this time, and the Déise were 2-03 to 0-03 clear.

Two minutes later, an audacious Curran handpass picked out Stephen Bennett and while goalkeeper Cathal Tuohy got a stick to his thunderous drive, the sliotar flew into the net.

Tuohy denied Waterford a fourth goal of the first half when he somehow flicked Tom Devine’s thunderous drive over the crossbar – but the winners would raise two more green flags in the second half.