The long-running dispute between the GAA and Irish Handball Council Sports Centre has come to an end after both sides agreed a deal that will see a brand new handball centre being built.

The dispute, which began in 2003, had centred on the redevelopment of the handball and community centre close to Croke Park in Dublin’s north inner city.

Along with the building of the handball and community centre, the arrangement will see a new entrance to Croke Park, along with new housing and the demolition of Croke Villas, subject to planning permission.

The All-Ireland 60x30 finals and semi-finals for 2016 will now take place in the existing facility this September and October, and until the new centre is built.

GAA President Aogán Ó Fearghail said: “The GAA sees the arrangements agreed with Dublin City Council and the local handball community as an opportunity for the GAA to make a further major contribution to the improvement and renewal of the area surrounding Croke Park."

Fintan Farrelly, chairman of the Irish Handball Council Sports Centre, added: “The local case has been resolved. We now look forward to a harmonious relationship with the GAA."

A joint-statement read: "As part of a plan for the renewal of the Sackville Avenue area of Ballybough, the GAA and the local handball and community centre today announce a new partnership initiative. 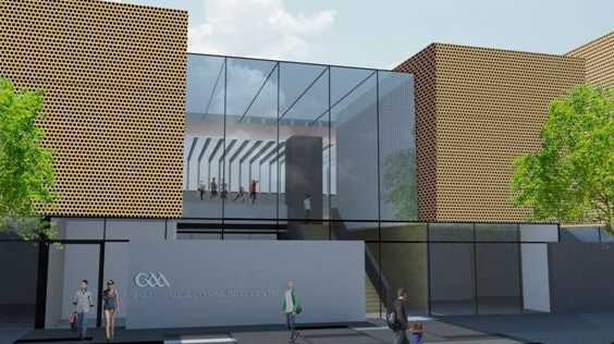 "The GAA has agreed to work with Dublin City Council on the reconstruction of Sackville Avenue. This will provide new housing, the demolition of the existing Croke Villas, a new entrance to Croke Park to take pressure off other local streets and the building of a world class National Handball and Community Centre.

"The project will require planning permission and other approvals, to be sought in the near future. The new Centre will be managed by a partnership arrangement between the GAA and the local community and handball centre members, the result of a lengthy mediation process chaired by former Taoiseach Bertie Ahern.

"Until the new Centre replaces the existing facility beside Hill 16, arrangements have been agreed for the GAA to participate in the management of the existing premises.

"As a result of these arrangements, the long running dispute between Croke Park and the Irish Handball Council Sports Centre has been brought to an end and the All-Ireland 60 x 30 finals and semi-finals for 2016 will take place in the existing facility this September and October and until the new Centre is built."

This afternoon, Dublin City Lord Mayor Brendan Carr welcomed the proposal by the GAA. He said that while planning permission will be required he looked forward to receiving detailed plans from the GAA "which undoubtedly will make a significant contribution to the physical, economic and social regeneration of this area".

Mr Carr also commended "the work done by all involved in the mediation process through the chairmanship of Bertie Ahern with the support of GAA President Aogán Ó Fearghail, in bringing this agreement to fruition.

"This will prove to be of huge benefit to local residents, the handball community and GAA alike," he said.