In front of a packed house at GAA HQ, the Sky Blues kept their dreams of back-to-back Sam Maguire wins alive as they saw off the Kingdom by just two points to book a final spot with Mayo on 18 September.

For Dublin, it’s the latest in a recent line of big-game victories over their traditional rivals, following on from final victories in 2011 and 2015, and a semi-final success in 2013.

Referee David Gough left the pitch to a chorus of boos from Kerry fans at full-time and the Meath whistler was pelted with match programmes and other items as made his way down the Cusack Stand tunnel.

The free count was heavily weighted in Dublin’s favour and a few close to goal, particularly in the second half, outraged Kerry supporters, while there was also a disputed ’45 that went Dublin’s way.

There was also a highly-controversial episode in stoppage time when Peter Crowley appeared to be hit with a frontal charge by Dublin’s Kevin McManamon – but Gough allowed play to continue.

That was at a stage when Kerry were attacking through Crowley and had a free been given, there was every chance that the game would be tied up again. 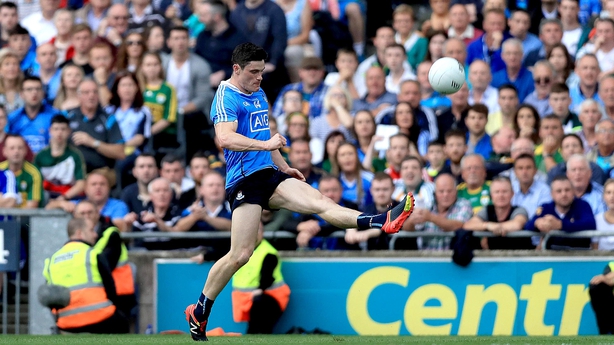 But Dublin broke and Connolly slotted over a beautiful point off his left boot from the Hogan Stand side of the field.

In the final minute of normal time, it appeared that Kevin McManamon would be the scourge of Kerry once more – as his point put Dublin 0-20 to 2-13 clear.

Kerry equalised when sub Stephen O’Brien fisted over but there was still time for O’Gara and Connolly to strike and send Dublin into a fourth final in six years.

Hill 16 erupted at full-time as Kerry struggled to come to immediate terms with another devastating loss against Dublin.

And yet it had all looked so good for the Munster champions at half-time as a magnificent run of 2-4 without reply approaching the break turned this game on its head.

Jim Gavin says there was never any panic in his team despite the five-point interval deficit https://t.co/iMC67u1rJM

In front of a sell-out Croke, Dublin controlled the first 25 minutes and were five points clear when Connolly slotted over a 24th-minute point to establish a 0-09 to 0-04 lead.

But Kerry were brilliant before the break, pressing high and attacking Stephen Cluxton’s restarts, as the Dublin goalkeeper looked unusually shaky.

Kerry rattled off three points without reply before an equalising goal arrived on the half-hour mark.

Paul Geaney pounced to pick off a Cluxton kick-out aimed for Johnny Cooper and a quick exchange of passes saw the ball end up in the Dublin net, Darran O’Sullivan the scorer after Donnchadh Walsh kept the move flowing.

Cluxton sent a kick-out over the touchline shortly afterwards as Dublin, clearly ratted, attempted to see out the remainder of the half before retreating to the sanctity of the dressing room. 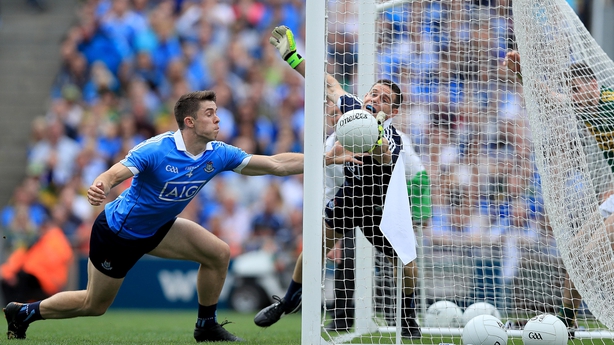 But there was more havoc to come as, following a Cooper point, Anthony Maher’s long delivery saw Geaney beat Cluxton to the punch and the umpire rightly reached for the green flag.

Another Cooper free before half-time saw Kerry lead by 2-08 to 0-09 but Dublin were level within 15 minutes of the restart, roaring out of the traps to reel in the Kingdom.

Kerry managed to tag on just a solitary point in that crucial period following the interval but Dublin were humming, raising six white flags.

The final 20 minutes were simply gripping, Kerry re-asserting themselves to open up a three point lead with the clock running down.

But Dublin hit back again with four points on the spin – two Rock frees sandwiched in between efforts from Philly McMahon and McManamon.

Dublin saw the finishing line but there was still plenty of injury-time drama to come – with Jim Gavin’s holders the last men standing.