It may be seven years since Dublin last suffered a defeat to Kerry in the All-Ireland SFC, but manager Jim Gavin insists that complacency is never a factor when any team faces the Kingdom.

The two clash at Croke Park this Sunday (3.30pm, live on RTÉ One) for the right to take on Mayo in the decider, with the Munster champions desperate to avenge their defeat in last September's final.

“Any time you play Kerry, complacency doesn’t exist, because we understand the quality that they have and the challenge they will bring,” Gavin said.

“They’ve outstanding forwards and we saw in 2013 the damage that they can do when they’re given that space and we saw that last year as well.

Despite enjoying the upper hand over Kerry for a number of seasons, the 45-year-old believes the competitive nature of most of the matches between the two counties makes anything other than another tight affair unlikely.

However, the Dubs did finish with a flourish to run out 11-point winners over their old rivals in this season’s league final. 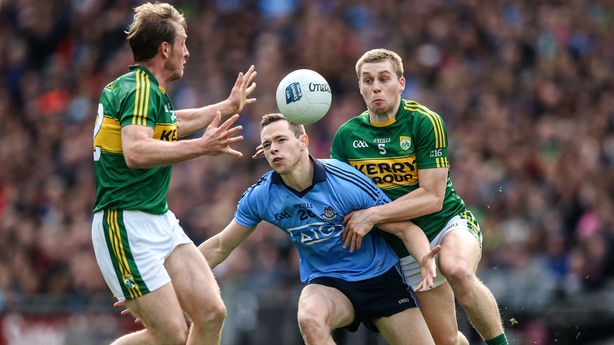 “There only has been the bounce of a ball between both teams,” Gavin said.

“If you look at the National League final after 65 minutes, there were one or two points in it after they got a man sent off.

“They could have got a goal in the closing minutes of the All-Ireland final last year.

“Between the teams, over the last number of years, it’s been very close and we expect the same on Sunday.”

Kerry can expect to face a particularly formidable line-up on Sunday, with Galvin revealing: “We’ve got a full complement to select from.

“Tomas Brady is back with us.

“Shane Carthy is carrying a leg injury He’s not available for selection, but everyone else is, so that’s a good position to be in.”