Tipperary sharpshooter Michael Quinlivan has warned that his side won’t be intimidated by Mayo and have learned lessons from their Munster final defeat.

The Premier County are the surprise package of this year’s football season and have beaten Waterford Cork, Derry and Galway along the way to this afternoon’s All-Ireland semi-final at Croke Park (3.30pm, live on RTÉ One).

The one blotch on the copybook was the provincial final loss to Kerry, a game they entered on a high, having seen off the Rebel County in the semi-final in impressive fashion.

That game ended in a routine victory, 3-17 to 2-10, for the Kingdom but Quinlivan is adamant that lessons were learned from the 10-point loss in Killarney.

“We were a bit worked up before the Munster final, we were a bit on edge,” the forward told RTÉ Sport.

“That was nothing to do with Kerry. It was more to do with it being our first Munster final.

“We saw when that happens we’re probably not at our best.

“We learned from that and we went into the Galway game and we were a lot more relaxed and I’m sure we’ll probably take the same approach going into the semi-final.”

Today’s game will be Tipperary’s first appearance at this stage since 1935, and Quinlivan, who was on the All-Ireland-winning minor side that beat a Dublin team containing Ciarán Kilkenny, Jack McCaffrey and Paul Mannion among others in 2011, says there is no sense of intimidation going up against perennial semi-finalists Mayo. 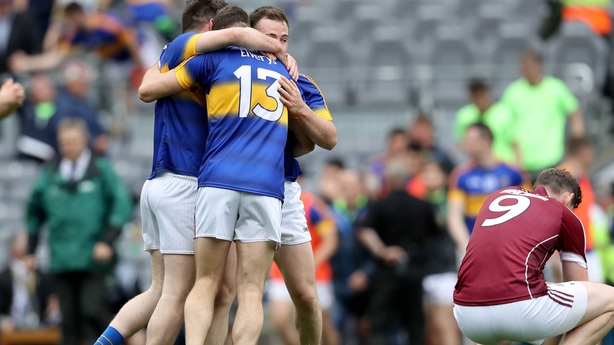 “When you start to get intimidated by the team you’re playing against you’ll get beat before you go out on the field,” said the 23-year-old.

“Nearly every game we go into, we’ve been written off. Going in as underdog, obviously there isn’t as much pressure, only the pressure [we] put on ourselves.

“But we want to put in a performance in an All-Ireland semi-final and we’ll see where that takes us.

“It’s obviously going to be a big step up from what we faced in the All-Ireland quarter-final against Galway because you can see the run Mayo have been on through the qualifiers (beating Fermanagh, Kildare, Westmeath and Tyrone).

“I always thought it was possible [to get this far] and I think a lot of the lads in our group did too. We’ve had a lot of success the whole way up in football. It’s something that [we’re] accustomed to.

“Maybe for people looking in from the outside we may be seen as a bolter but we always felt we had the quality if we could get ourselves playing right.”

“We played with a bit of abandon against Galway"

Liam Kearns’ side have won plaudits for the manner in which they play, which comes at a time when there is a common belief that lower-ranked teams must play defensively if they are to have a chance against the so-called bigger sides.

“We played with a bit of abandon against Galway,” said the Clonmel Commercials man.

“Maybe that’s just might be the way that we set out to play football. We like to go toe-to-toe and rely on our quality to try and see us across the line.

“Over the last couple of years we’ve taken a couple of beatings trying to play that way and had to tweak the system a small bit. We’ll play whatever way we see it.” 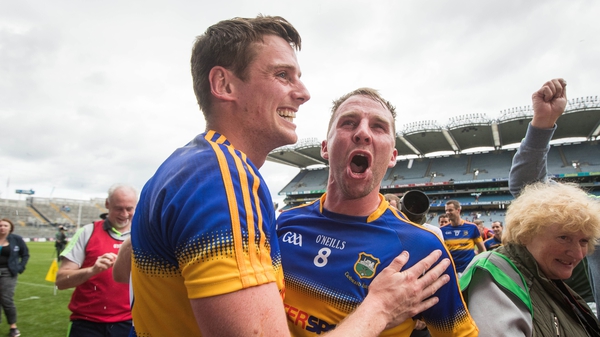 Podcast: Tipperary not content to sit on their laurels