"We're as far away now from a semi-final as we ever were".

Just some of the words from Derek McGrath in the aftermath of Waterford's narrow loss to Kilkenny in the All-Ireland semi-final replay.

The disappointment was clearly etched on McGrath's face when he spoke to RTÉ Sport after an epic encounter at Semple Stadium that the Cats, courtesy of late points from TJ Reid and Richie Hogan, got their noses ahead when it mattered most.

"We're trying to get away from the days of moral victories for Waterford in terms of the culture we are trying to create," said McGrath as he tried to make sense of the defeat.

"I'm devastated for the lads - to perform the way we did and to not get over the line is so disappointing. Still, you have to give due credit to Kilkenny."

Dererk McGrath "There's no consolation in going toe-to-toe with an empire" https://t.co/biMVPMIiYH

It was put to the Déise boss that his troops showed commendable courage in forcing their way into the game at a stage in the second half when the Cats looked as they might pull away.

Still it was no consolation to the De La Salle clubman, who continued: "Kilkenny had that traditional third quarter push - they went four points up - but we did say we would go to the end no matter what.

"There are no words to describe the sight in our dressing room.

"It's hard to face into another three-year term." 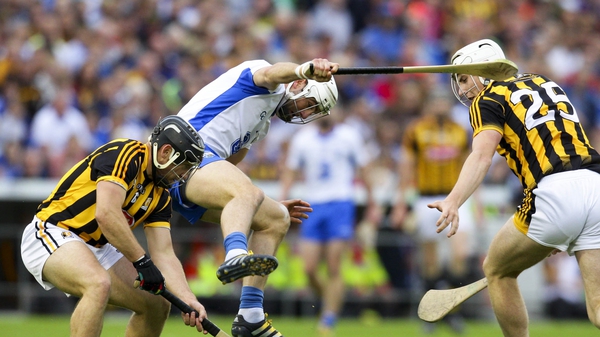 As it happened: Cats shade Déise in epic replay