Michael Duignan says the introduction of Eoin Larkin off the Kilkenny bench was crucial in rescuing draw against Waterford in the All-Ireland semi-final, but he also praised the "brilliant" attacking performance of the Déise.

The neighbours will meet again at Thurles on Saturday at 6.45pm after Walter Walsh and Conor Fogarty struck at the death to salvage a draw for the reigning champions in a thrilling game at GAA headquarters.

Trailing by three points approaching the 70th minute, Brian Cody's side looked to be in real danger of slipping to just their 10th defeat under the long-serving manager, but the Cats showed all their resilience to get a second bit of the cherry in Semple Stadium.

“Any other team would have been beaten a few times"

Veteran Eoin Larkin, a winner of eight All-Ireland titles, came off the bench in the 46th minute and while Waterford rattled off the next four points, exerted a strong influence on proceedings.

“Any other team would have been beaten a few times but they kept digging way,” he told RTÉ Sport. “The bringing on of Eoin Larkin was key.

“He came on and started winning rucks and 50/50 balls that they weren’t winning. He made a full-length block-down at one stage and scored a point.

"He gave Kilkenny the spark to stay going.”

The former All-Ireland winner with Offaly has been critical of Waterford’s defensive structure this season, especially the use of the sweeper, but he believes yesterday’s performance highlighted that free from the confines of a rigid tactical approach, they can mix it with the best.

“I thought it was a fantastic performance by Waterford. If anything they should gain confidence from it. They went toe-to-toe and took on Kilkenny," he said. 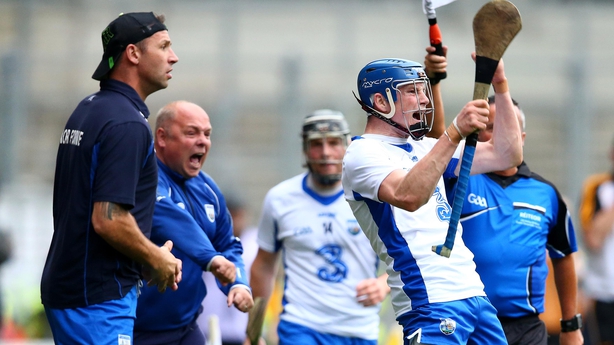 “I haven’t been a fan of the sweeper system. I think Waterford showed with the players they have and the talent they have, (they can) go toe-to-toe.

"Defending is an art but you don’t need seven lads back on six, you need players all over the field working hard.

“That’s what hurling is and that’s why we had the game we had in Croke Park.” 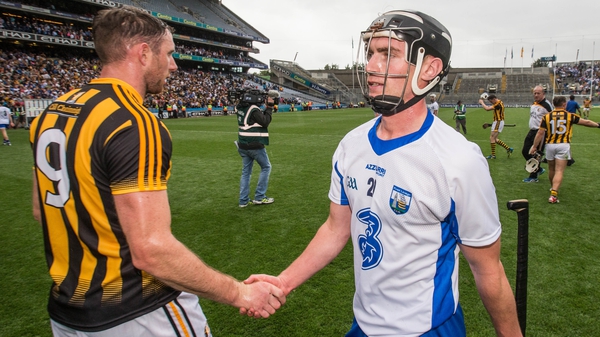 Pauric Mahony: We know we can match Kilkenny