Déise defender Austin Gleeson conceded that Waterford let Kilkenny off the hook after the Cats came from behind to scrape a draw in the All-Ireland hurling semi-final.

Waterford were five points to the good with 16 minutes to play but the All-Ireland champions hit back and Walter Walsh’s late goal helped to secure a 1-21 to 0-24 tie.

Gleeson struck five points from centre half-back and was one of many stand-out players for the Munster side at Croke Park.

Speaking to RTÉ Sport after the game, the 21-year-old said: “Yeah, I suppose [it got away].

“Being three points up with a couple of minutes to go we were in touching distance of an All-Ireland final, and it’s the first time since 2008 we would have been there.

“Ah, it’s hard to take but look, at least we didn’t lose.

"That’s one consolation that we have another go next week and we’ll see what happens next Saturday night.”

The sides will meet again in Semple Stadium on Saturday night [6.45pm] and Gleeson was eager to praise the Leinster champions, who, typically, refused to buckle.

“They never gave up and that's why they are after being in the last 15 out of 17 All-Ireland finals, I think.

"Hopefully we can [do it all over again]. It’s going to be a tough week, to get the legs right and get the bodies right.”

Waterford were heavily beaten in the Munster final by Tipperary but Gleeson was soon able to get that loss out of the system as part of the Under-21 side that claimed a Munster title.

He added: “What happened against Tipp was hard to take and we just had to set our stalls the week after.

“We went out and the two U21 games helped and gave us a boost, and then beating Wexford [in the quarter-final] and coming up here and putting up a performance like that against the All-Ireland champions.

“It’s another boost for us. We have to bring that into next Saturday night.” 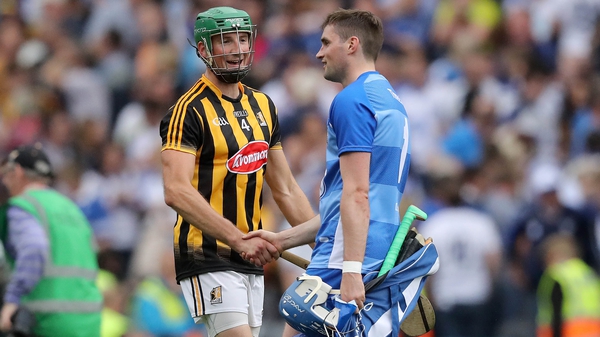