Kilkenny manager Brian Cody admitted that the Cats will have to find another gear after coming from behind to force Waterford to a replay in a thrilling 1-21 to 0-24 All-Ireland SHC semi-final.

Speaking to RTE Sport, Cody said: “We’ll have to find more, obviously, and they’ll be looking for more as well because today’s game will have no bearing on the next day’s game either.

“It’ll take a few days, obviously, for the bodies to recover...we’ll just prepare for it and get back up here again and I’m sure hurling followers all over the country will be looking forward to it."

The semi-final replay has now been scheduled for next Saturday, August 13, at 6.45pm in Thurles. Asked if Walter Walsh's 69th-minute goal - which momentarily tied the game at 1-20 to 0-23 – was Walsh's biggest goal in a Kilkenny shirt, Cody said; “It was an important one that’s for sure.”

The county's longest-serving manager remarked that the pulsating game at Croke Park was a “serious game” of hurling.

He said: “It really was that. It ended up as a draw, obviously. We were behind for most of the game. Probably the only time we weren’t behind was at the final whistle in lots of ways.

"We have to go replay the game now, making something very, very much to look forward to for all hurling followers again.

Although disappointed not to win, Cody was relieved to get a second bite at the semi-final as the back-to-back All-Ireland champions bid for a three-in-a-row of Liam MacCarthy Cup wins.

“Well it beats not having another bite that’s for sure, you know,” Cody said. “But obviously the aim of the whole thing for both teams is to win the game.

"But at the end of the day, you know, we were staring defeat, I suppose you could say, but again tremendous courage from the players to keep at it and keep at it because every time we came within striking distance, they seemed to put another point or two ahead.

"But we kept at it and got a great goal in the end there and a terrific last point as well.”

“Waterford were absolutely excellent today,” he added. “But, like, I knew before the game they were an excellent team anyway, so there’s nothing surprising about that. Great credit due to the players that they stuck at it.” 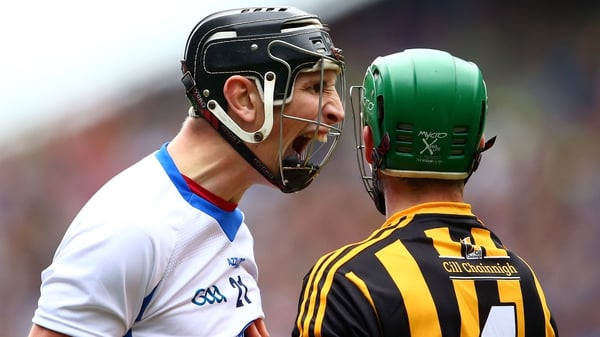 As it happened: Cats get out of jail against Déise