The footballers of Dublin, Donegal, Tyrone and Mayo will battle it out today to remain in the Senior Football Championship this weekend in what promises to be a mouth-watering day of action at Croke Park.

Tipperary and Kerry patiently await in the last four and after a season dominated by lop-sided results and below par performances, two teams (barring draws) with serious All-Ireland aspirations will fall by the wayside this evening in what promises to be an intriguing double-header at GAA HQ.

First up is the clash of Ulster champions Tyrone and a Mayo side still finding its feet after the shock defeat to Galway in Connacht (coverage on RTÉ Radio 1's Saturday Sport).

Mickey Harte’s side are on the crest of a wave after ending a six-year provincial drought by seeing off Donegal last time out and look to be returning somewhere close to the level of performance that saw the Red Hand claim three All-Ireland titles in five years.

The ever-green Seán Cavanagh continues to lead the way, while Peter Harte and Tiernan McCann have been two of the stand-out performers to date as Harte plots another Sam Maguire assault. 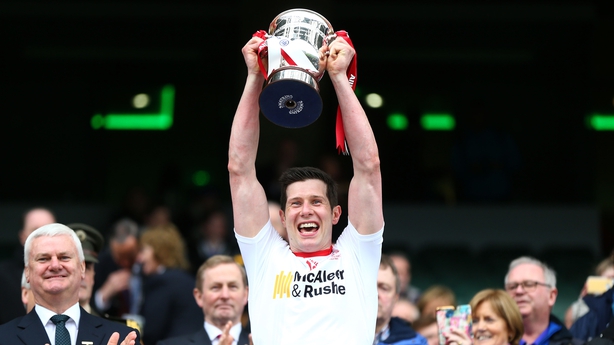 The speed of the counter-attack coupled with an impressive rearguard means they enter the contest as favourites, but in Mayo, they face opponents who have yet to reveal their full hand.

Mayo stuttered for large portions of the game against Westmeath and the sloppiness in possession and in front of goals on display seven days ago will be punished more severely later today by the Red Hand.

Fermanagh and Kildare have also being accounted for and while the scoring stats have been impressive – they have averaged 2-17 in their three qualifiers – they will face a serious step-up in class at Croke Park.

Aidan O’Shea has not made the kind of impact he has shown in the past, though the form of Evan Regan and Jason Doherty has been encouraging in the forward division, though the former misses out depsite 1-01 against Westmeath.

In his place comes Diarmuid O'Connor and the current Young Footballer of the Year will add a physical presence and no shortage of energy in the half-forward line. 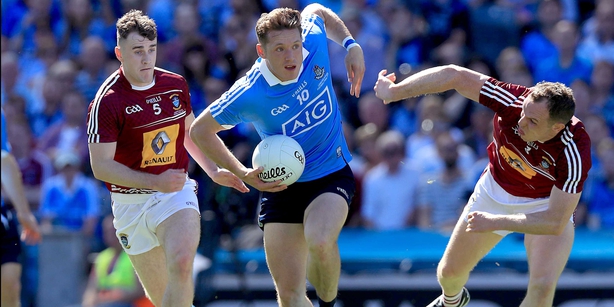 In an era where Dublin have steam-rolled all their major rivals at one stage or another, the clash with Donegal is a reminder of a team that will have little fear of the reigning champions.

The second game at Croke Park today will draw the attention of most neutrals as Rory Gallagher’s side will look to emulate the shock result of the 2014 All-Ireland semi-final and lower Dublin’s colours as the men from the capital bid for a fourth Sam Maguire in six years.

Former Donegal manager Jim McGuinness questioned his native county's tactical approach in the Ulster final defeat to Tyrone, a game they led after 70 minutes, while many observers believe the best is behind a team with the bulk of the 2012 squad still providing the backbone.

The introduction this season of Marty O’Reilly and Eoin McHugh, coupled with the form of Ryan McHugh and Odhrán MacNiallais, has fans optimistically pointing to another upset.

Patrick McBrearty’s performance against Cork last weekend in taking the Rebels for 0-11 was one of the individual performances of the season, though their attacking approach does leave their defence more open than in previous seasons. 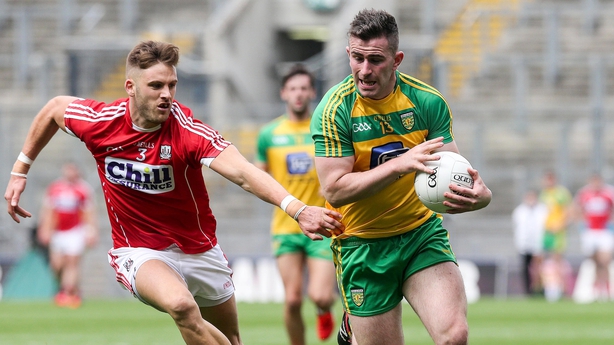 Dublin for their part have looked as slick as ever despite the losses of Jack McCaffrey and Rory O’Carroll, albeit in the fogiving environemnt of the Leinster Championship.

Jim Gavin’s side coasted to an 11th Delaney Cup in 12 seasons as Brian Fenton continues to mature into one of the best midfielders in the country and an attack that bristles with intent no matter the personnel.

Supporters will be happy to see 2014 All Star James McCarthy return to the starting team after missing the win over Westmeath. Gavin said earlier in the week that the Ballymun Kickhams player was fit for action despite suffering a medial ligament tear, but it remains to be seen whether he does indeed play from the off.

The full-back line remains an area of concern and a potential duel between Jonny Cooper and Michael Murphy on the edge of the square could make for uncomfortable viewing from a Dublin perspective if Donegal hit their stride offensively.

The Dubs however look to be a class above all challengers at present and remain odds-on to advance to the last four and banish memories of the 2014 semi-final nightmare.

Don't forget you can follow both games live here on RTÉ.ie. and on RTÉ Radio 1's Saturday Sport. 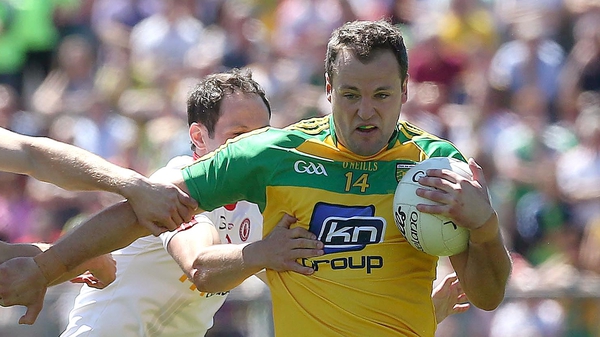