ON TV
1330 Kerry v Clare and Galway v Tipperary live on RTÉ One and the RTÉ Player.

2130 Highlights of all the weekend action on The Sunday Game on RTÉ Two and RTÉ Player. 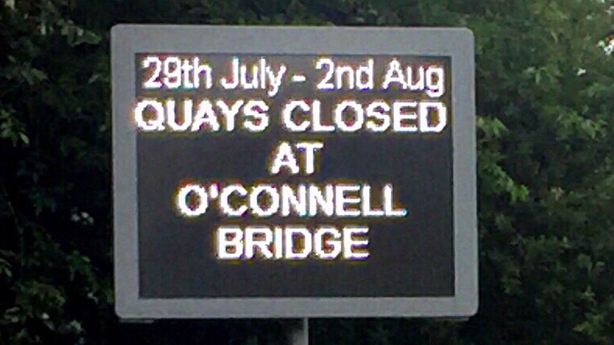 The quays at O'Connell Bridge will be closed for Luas works, blocking east and west-bound traffic.

There will be limited north-south access across the bridge and access to car parks will be maintained.

Dublin City Council will have a series of electronic notices along the M50 and other routes advising motorists on how to avoid the quays.

As an encouragement to use public transport, park-and-ride facilities will be free for the Luas and for DART and rail stops in the short-hop zone.

For more information, go to www.theaa.ie.

WEATHER
There is likely to be a fair amount of dry and sunny weather, but there will be a few showers also. It will stay quite cool, though it should feel pleasant in sunshine with just light breezes. Highest temperatures of 15 to 18 degrees. 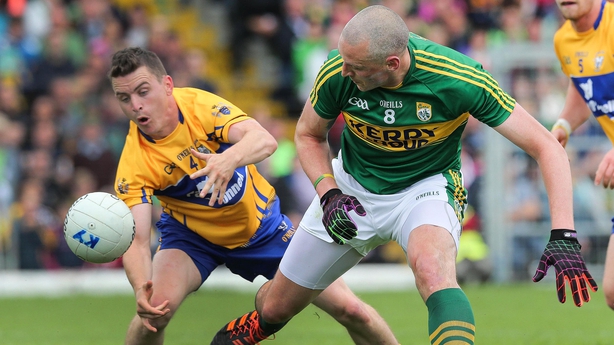 The Banner renew rivalry their with Kerry in the first of the All-Ireland quarter-finals. The sides met in the Munster semi-final on 12 June, with the Kingdom running out comfortable winners by 2-23 to 0-17. Éamonn Fitzmaurice's side would subsequently go on to lift the provincial crown when accounting for Tipperary.

Kerry have yet to be tested so far this summer and most observers expect them to do the double over Clare this weekend.

That said, Colm Collins' side have certainly embraced the back-door route. A late surge saw them just about get over Laois, while they also to come from behind to see off Sligo at Markievicz Park.

However, against Roscommon last weekend, they dictated affairs from the off and, apart from a valley period in the second half where they didn't score, they were full value for their 2-12 to 1-09 success. 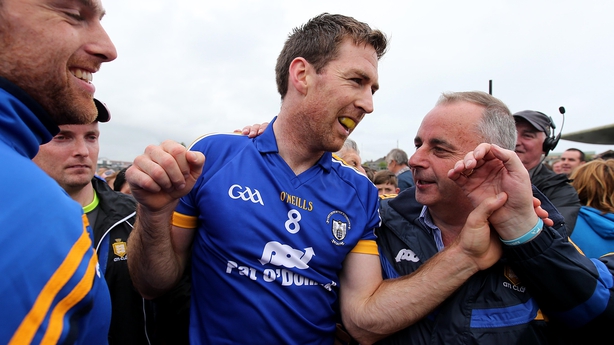 Midfielder Gary Brennan gave another eye-catching performance, with many tipping him for recognition All Star.

Kerry, who will be without the injured Colm Cooper on Sunday, have only lost two of the 16 quarter-finals they have played. They should maintain that impressive winning against Clare, but they may not have it as easy as the 12-point victory they chalked up seven weeks ago.

Clare are seeking their first championship win over Kerry since the 1992 Munster final. Prior to that, they hadn’t beaten the Kingdom in the championship since 1949. 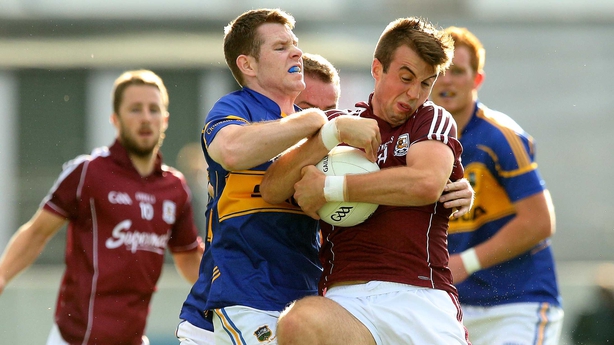 This clash is a repeat of the 2014 Round 4A qualifier clash between the counties which the Tribesmen won 4-17 to 4-12.

Indeed, that game featured a fine piece of individual skill from Galway's Shane Walsh, when he produced a sublime trap of the ball, followed by a glorious turn and shot over the bar.

Walsh and his colleagues ended an eight-year wait for a Connacht title with a superb victory over Roscommon in the replayed final a fortnight ago.

Mixing a flowing brand of football with the requirement for a steely defence, manager Kevin Walsh has certainly made his mark on the team as they strive to reach a first All-Ireland semi-final since 2001.

After a Munster final where they failed to really lay a glove on Kerry, Tipperary showed no little courage by the manner in which they edged out Derry last weekend.

After a year where many key players have left the squad, credit must be given to manager Liam Kearns for the way he has galvanised things and there was much to admire about the brand of football they served up last weekend.

It has often said of Galway that they find a new level when they hit Croke Park. All eyes then will be on whether they can deliver even more on the Jones' Road sod.

These two meet in the championship for the fourth time, with two of the clashes coming in the qualifiers in the last three years. Galway won both games in 2013 and 2014 meetings.