Austin Gleeson believes Waterford "can go as far as they want to go" after they captured their first Munster U21 hurling title since 1994 with a 10-point victory over Tipperary at Walsh Park on Wednesday night.

The 21-year-old said the team's performance did not surprise him, as he talked up the quality in the Waterford camp that has him dreaming of a golden period.

“We knew that we could do things like that, and that’s the calibre of players we have," he told RTÉ Sport.

"There’s a reason there’s 13 or 14 on the senior panel. The players that we have there, they can go as far as they want to go in the game and that’s purely because of the work they do on and off the field.

"We just have to keep going like that. That’s only the first of many titles I hope for Waterford."

Gleeson was part of the senior team that was crushed by the Premier in the provincial decider three weeks ago.

It was a chastening afternoon for Derek McGrath's men, but Gleeson denied it had any bearing on Monday night's U21 collision.

“That was parked the Monday after the game. We had to park it," he said.

"We had to use that hurt that we had going into the last three games and that’s exactly what we done. We just need to keep going the way we’re going and God only knows where it could bring us.” 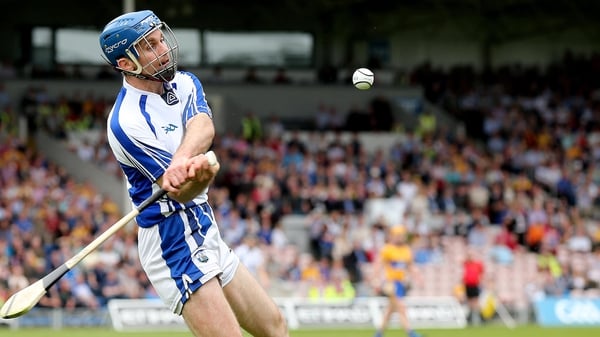