For close on 20 years, Brendan Cummins stood between the posts for Tipperary hurlers. But the Ardfinnan native was also a footballer of some repute.

He therefore is in a good position to run the rule over the prospects for Liam Kearns side when they take on Galway in the All-Ireland SFC quarter-final at Croke Park on Sunday next, throw-in 4pm.

It will be third championship meeting in four years between the counties, and while Galway have won the previous two encounters, Cummins feels the Premier are not without a chance at GAA HQ.

Speaking on The Sunday Game, Cummins said: "I’ll admit Galway will be serious favourites going into the game after they hammered Roscommon in that Connacht final replay.

“I’m sure every Galway player when they meet supporters in or around Eyre Square will be told ‘it’s only Tipp, they’ll put up a fight for 40 or 50 minutes, but you’ll beat them in the finish’.

“But in Croke Park you can play with freedom. Tipperary play with a forward line, they don’t all sit behind the ball, so they can create goal chances for the likes of Quinlivan (Michael) and Sweeney (Conor). They only need a sniff. The team are on a high so anything can happen."

Fellow RTÉ pundit Pat Spillane concurs with Cummins that Tipp have much going for them, but adds that the Tribsemen will edge it.

"A lot of the Tipperary lads have won All-Ireland medals in Croke Park, have experience at U-21 level and are blessed with some really good forwards,” he said.

"It will be a tough, close game, but I think Galway are just a level above Tipp."

Spiilane also had a message for the Tipperary followers in the wake of the rather poor support that has followed the team so far this summer.

“I’m calling on the Tipperary supporters to go out and support the team. They deserve it."

Live coverage of Galway v Tipperary on RTÉ One and the RTÉ Player. Highlights of all the weekend’s GAA action on The Sunday Game on RTÉ Two from 2130. 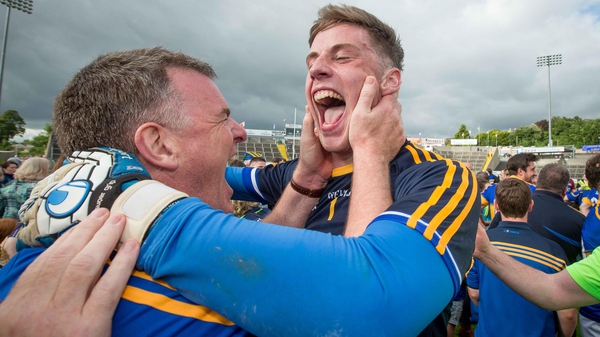 Tipperary set up clash with Galway after edging out Derry