Micheál Donoghue spoke of his pride and satisfaction as Galway manager after his men held off the challenge of Clare to set up a repeat of last year's All-Ireland SHC semi-final with Tipperary.

Goals from Joe Canning and Conor Cooney proved decisive in a 2-17 to 17 defeat of the Banner and kept the Tribesmen's Liam McCarthy mission on track.

They were beaten by Kilkenny in lats September's decider after falling away in the second half, a failure that led to the drawnout exit of former manager Anthony Cunningham.

Galway players have been under the microscope since that bitter fallout, but Donoghue has consistently praised the attitude in the camp, and once again hailed his men in the wake of Sunday's win.

“We can’t control (criticism)," he told RTÉ Sport. "When we get defeats we’re our own worst critics.

"We’re continuously trying to set high standards and all we’re trying to do is have a Galway team that’s competitive and that the people can be proud of. Today the boys worked really hard and I was delighted with it.

"We’ve a good panel. As I’ve said since I came, the boys, their attitude and application has been top class and I’m proud of them today."

Galway were 1-10 to 0-06 ahead at the break having played with a stiff breeze. Joe Canning fired to the net early in the second half and it was a platform that allowed them to always have Clare at arm's length.

“It was a big breeze there and in fairness we were delighted with how the first half went," Donoghue added.

"With the breeze the second half was always going to be a bit of a challenge but in fairness to the lads they dug deep. The early goal in the second half really gave us the platform to push on. Their work rate was just savage; I’m delighted for them.

"The prize of today was to get into the semi-final. Tipp had a huge, emphatic victory in the Munster final. At least now we can look forward to it and we’re delighted to do so." 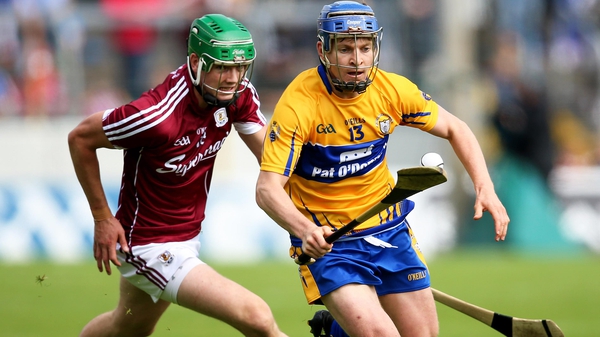