ONLINE
Live blogs on Sunday's action from 1300 on www.rte.ie/gaa.

ON TV
1330 Wexford v Waterford and Clare v Galway live on RTÉ One and RTÉ Player.
2130 Highlights of all the weekend action on The Sunday Game on RTÉ Two and RTÉ Player.

WEATHER
Overnight rain will clear most areas by late morning to give a drier brighter afternoon. Sunny spells will develop but scattered showers too, becoming confined to northwest counties by evening. Highest temperatures of 17 to 22 degrees Celsius, best values across east Munster and Leinster. 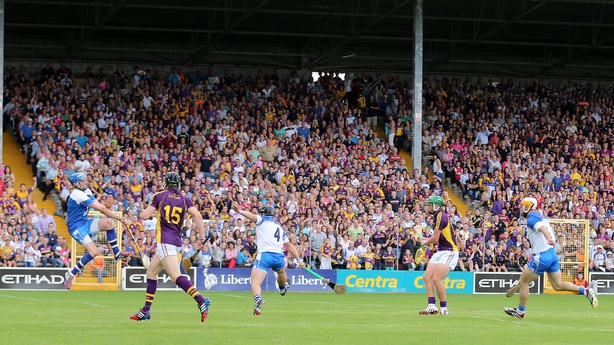 Sunday's clash will be the fourth meeting between these sides in championship hurling. Wexford lead 2-1 - the last of those wins came in 2014 - a 3-15 to 2-15 victory in Round 2 of the qualifiers at Nowlan Park.

The Yellowbellies' season has certainly picked up since that limp defeat to Dublin in the Leinster quarter-final at Croke Park on 21 May. The victory over Cork the last day ended a 60-year wait for a win over the Rebels.

Manager Liam Dunne is accentuating the positive of the Semple Stadium clash. He told RTÉ Sport: "I wouldn’t say it’s bonus territory for us.

"We are meeting a Waterford team that are a little bit wounded from the Munster final, but we're there on merit and we'll focus on our own game and are looking forward to a huge challenge.

"We believe we can beat Waterford. It’s just a matter of going and doing it now."

Waterford were hugely disappointing when losing by 21 points to Tipperary in the Munster final. A summer that promised so much is now in danger of petering out if defeat is their lot this weekend.

At this very stage three years ago, Clare got the better of Galway by 1-23 to 2-14. Come the end of September, the Banner were All-Ireland champions. However, speaking to RTÉ Sport in advance of this encounter, former Offaly and Galway boss John McIntyre said of Clare: “I don't think Clare have been as cohesive this year despite their win record as they were in 2013."

Galway, for 45 minutes, were very good against Kilkenny in the Leinster final. But similar to last year's All-Ireland final, they could not counteract the Cats' surge in the second-half period.

Both sides have plenty of talented players on view and, in the words of McInytre "both are best equipped to undermine the general expectation that we are going to have a Kilkenny-Tipperary final."

The counties have met 14 times in the championship, with Clare victorious on nine occasions. The only draw between the sides was in 1999. It finished Clare 3-15 Galway 2-18 in what was a cracking encounter at Croke Park.