Few expected anything other than provincial success for Kerry this year, but as they look forward to another All-Ireland quarter-final, defender Peter Crowley says lessons from last year’s Dublin defeat are likely to be implemented.

It has been a difficult nine months for all those associated with the Kingdom.

Eamonn Fitzmaurice’s side went in search of their 38th All-Ireland title last September, buoyed by victory over Tyrone in the last four. But in miserable weather conditions at Croke Park, Kerry simply had no answer to the power of the Dubs, where a three-point win didn't flatter the winners.

The opportunity for early season revenge was presented just seven month later when the sides clashed in the Allianz Division 1 final, but the result was even more emphatic: Aidan O’Mahony’s dismissal didn’t help matters, and though they trailed by just a point with 15 minutes remaining, the home side kicked on to win by 11 points.

The sobering defeats have many unsure as to where the side truly sit in the list of All-Ireland contenders, though the bookies make them Dublin's biggest challengers.

Stephen Cluxton’s kick-outs again dominated discussion in both victories and while Kerry upset the Dublin shot-stopper when they pushed up on his restarts – a 63% success rate low for his high standards – it was not a tactic they implemented throughout the 70 minutes and again in the League decider.

Speaking to RTÉ Sport, captain Crowley admits that the players and management have made changes tactically to ensure they can compete on opposition restarts.

“We have been working on the simple things like securing possession, making sure we put pressure on the opposition kick-out, making sure you guarantee your own.

“Every team is doing that, it’s kind of an obvious statement, but we are putting a lot of emphasis on it, because you need the ball to score. 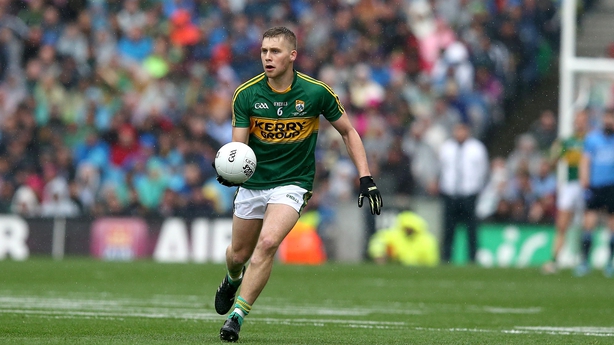 “Everyone talks about defensive systems, but they are aimed at getting the ball back. If you can win the ball from kick-outs it makes things a lot easier.”

Cork’s shock defeat to Tipperary in Munster removed the rivalry from the provincial series as the green and gold coasted to another title.

Clare put up early resistance before losing by nine points, while the margin was greater (10) against Tipp at Fitzgerald Stadium.

Championship discussion has centred on defensive strategies, with many games struggling to spark into life, but the Laune Rangers clubman insists Kerry’s natural instinct is still to be on the front foot.

“We’re always attacking. It’s what we consider our strongest point to be. We want to be as solid as we can at the back as a team but then we are looking to get the ball back and get the ball to the right players.

“Maybe it fell apart in the All-Ireland final, we only scored nine points and it wasn’t good enough, but that’s a team effort.”

'It's not Broadway...sometimes there's games that will be a struggle' -  Peter Crowley on defensive GAA criticismhttps://t.co/kTTylwtXTP

The Munster champions will be keeping a close eye on the qualifiers over the next few weeks before they are back in action on the August Bank Holiday weekend and Crowley is not concerned by the fact that they will have just seven days to focus their attentions on their opponents in the last eight. In fact the 26-year-old believes that it may well be the ideal situation.

“Fitzy’s [Fitzmaurice] always talking about Johann Cryuff’s statement that football is a simple game, but it’s hard to keep it simple.

“Having the week might be an advantage. Keep it simple, focus on what you need to do.” 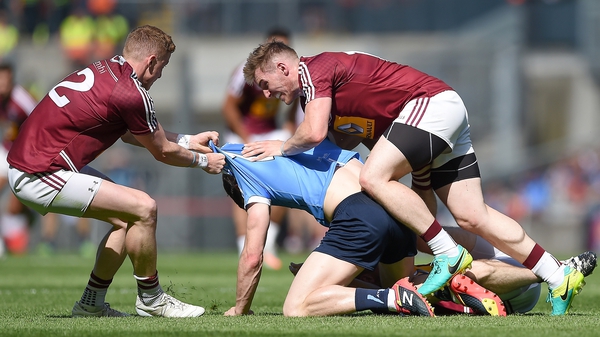 VIDEO: Diarmuid Connolly has no regrets over yellow card incident